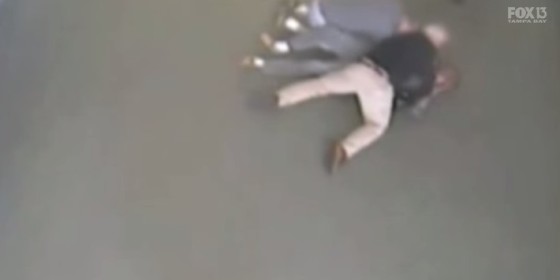 Surveillance video was released that shows 43-year-old Michael Foster tackling 62-year-old Clarence Daniels to the ground after Daniels’ legally concealed firearm was briefly exposed while he got out of his car.

The story has been making headlines. Foster was arrested and charged with battery, and Daniels went home because he didn’t commit any crimes. Truth be told, Foster is lucky that he wasn’t injured or killed during this incident, as he had every right to defend himself against an attack.