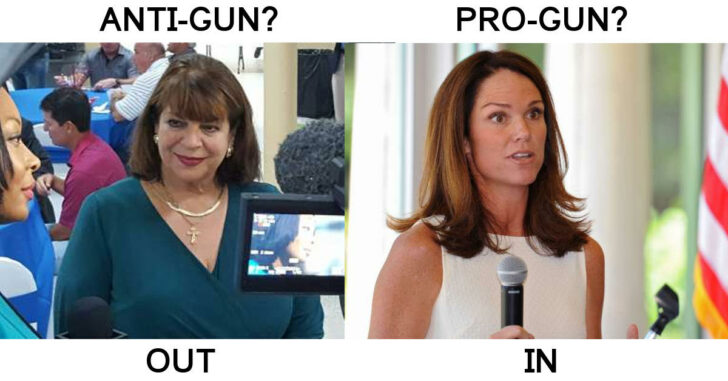 JACKSONVILLE, FLORIDA — In their most recent elections, the incumbent for the 4th Judicial State Attorney position lost out to Melissa Nelson following a polarizing race.

Incumbent State Attorney Angela Corey is believed to have been voted out based upon her prosecutions of George Zimmerman, Marissa Alexander, 12-year-old Cristian Fernandez amongst others.

Zimmerman was a notable case involving the shooting death of Treyvon Martin. Despite having Florida State law and “Stand Your Ground” laws being in Zimmerman’s favor, Angela Corey pressed charges against him. Zimmerman was acquitted in July of 2013.

All of the aforementioned cases were ones where the defendant had self-defense laws backing his or her actions and Angela Corey continued to prosecute anyways. In Alexander’s case, the woman clearly had self-defense on her side and Angela Corey improperly informed the jury on Florida’s definition of self-defense. This resulted in Alexander’s case being overruled by the judge — who then demanded a retrial with the next jury being properly informed that in Florida, you’re allowed to Stand Your Ground.

SIDENOTE: Stand Your Ground generally refers to defining the authorized use of deadly force to situations where the person has no legal responsibility to back down to a perceived threat so long as that person has every legal right to be at a given place. Not all states have Stand Your Ground laws on the books. Florida does.

So this State Attorney had a clear history of taking those who used deadly force to protect themselves were prosecuted and manipulating juries to accept her charges.

If Angela Corey had remained in that office, she would have continued to make it a point to waste state funds ruining the lives of innocent people.

Melissa Nelson, however, has no official track record in the public sphere other than working in the State Attorney’s Office for 12 years. As Jacksonville’s Florida Times-Union reported, the Florida electorate in the northeast felt they stood a better chance backing an unknown rather than continue to elect a State Attorney who would prosecute them if they had to defend themselves.

Nelson had worked briefly under Corey while Corey was a newly appointed State Attorney General, but Nelson quickly resigned in 2009 and went to work for a private firm. She appears to have a record working in the State Attorney’s office prior to Corey and, thus, definitely understands what the job entails.

Corey outspent Nelson by a considerable amount but still failed to gain the public’s approval after allegations she over-charged and over-prosecuted law-abiding citizens. Nelson still managed to head into the elections with a 32 point lead over the incumbent.

Northeastern Florida residents — you voted to protect yourselves. Always a safe bet.