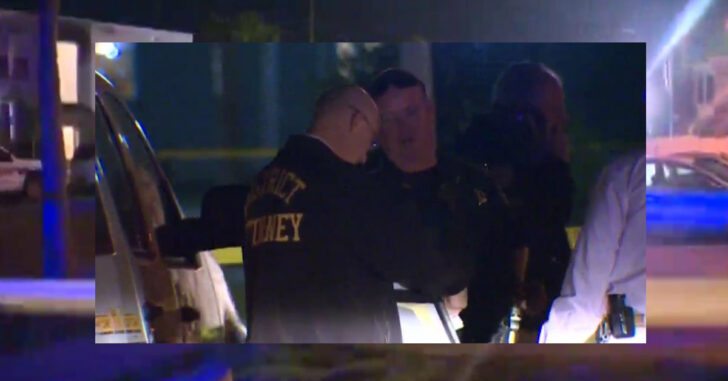 GALVESTON, TEXAS — An off-duty Galveston officer was leaving a home with his family when he heard a disturbance coming from an alleyway. Getting his family to safety, he went back to investigate. It’s there that he found a woman armed with a gun. During the confrontation, he fatally shot her. She died in the hospital. The man with her in the alley was taken into custody and is believed to be in connection to the incident.

“He saw a female was involved in this disturbance was armed with a firearm. He quickly sent his family away to confront the female… during said confrontation, he fired shots at that female,” said Lt. Joshua Schirard with the Galveston Police Department.

That officer is on administrative leave pending the final results of the investigation.

No major allegations have been attributed to the incident but that could change pending what investigators discover.

There’s a big difference between a concealed carrier and an off-duty officer. One is a sworn officer of the law who is free to investigate disturbances in alleyways. The other is just a law-abiding citizen tasked with protecting himself and his family. If this had been just a normal garden-variety concealed carrier, I would have expected him to get his family to safety — like the officer did — and perhaps call in the disturbance to police so they could investigate the situation.

There’s no need to put your life in harm’s way when it doesn’t need to be there. Who knows what state of mind the woman was in when she brandished her firearm? If stuck in that sort of confrontation, I’d expect a concealed carrier to defend himself and his family accordingly. However, this officer went looking into that situation. He can do that. He’s a police officer.

In Texas, a concealed carrier is allowed to use deadly force to stop a person during the commission of a violent felony. If the concealed carrier had reason to believe a violent felony was taking place, in Texas, he would be within his rights to intercede. That’s not always the case across the country. In general, it’s recommended that any time you can stand back and let police handle the dirty work, you should do so. It’s not worth the long hours of investigation, criminal and civil proceedings to go through that sort of hassle needlessly.

Be smart. Carry everyday, definitely get your family away from any potential violent activity, and notify police if you see anything suspicious.