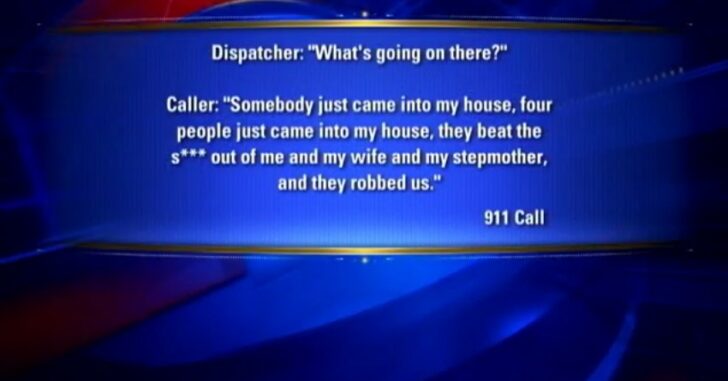 A family in Port Richey suffered through a violent home invasion recently. One of the victims called 911 to report the invasion and while he was on the phone with the dispatcher, was reportedly sent to voice mail by accident. The man then grabbed a gun that was in the home and shot at the intruders, hitting one of them.

The four alleged intruders broke into the home in the middle of the night with guns and began firing at the family.

Police said the robbers entered the family’s home in the middle of the night and fired shots at the homeowners. Just inches away was their sleeping baby.

“The male inside said, I have a gun and will use it – the gun battle begins,” said Pasco Sheriff Chris Nocco. “They pistol-whipped the female and took a weapon and pointed it to the child and said they would kill the child if they don’t get what they want.”

We aren’t sure what type of firearm the homeowner used to fire at the intruders, but it seems to have been enough to even the playing field. Upon arrival of officers 3 of the 4 intruders were arrested. The fourth had been shot in the back and taken to the hospital.

In the video below, you can hear the transfer of the 911 call while the family is screaming in the background as the violent incident unfolds. The recording tells the caller “If this is an emergency, hang up and dial 911”.

Previous article: This is why we can't have nice things Next article: A home intruder goes door to door in search of help after being shot in the neck for breaking into the wrong home