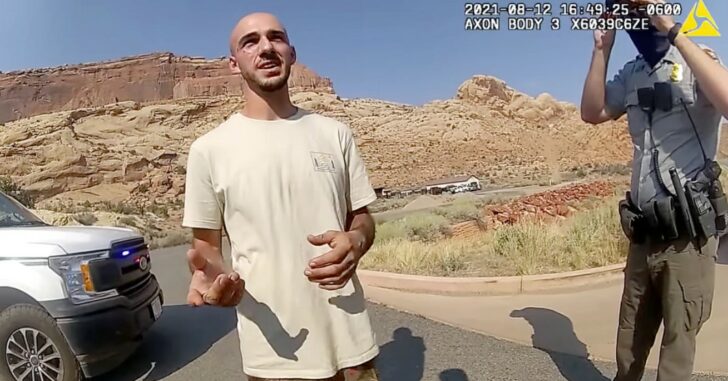 Brian Laundrie died by suicide with a gunshot to the head, according to the Laundrie family attorney. A forensic anthropologist working on Brian’s remains informed the family attorney Steven Bertolino on Tuesday of the findings.

There has been no word of a firearm being located along with the remains.

Brian was the sole suspect in the death of his 22-year-old girlfriend Gabby Petito while on a cross-country trip, of which only Brian returned from. Gabby’s body was located near a camping area in Wyoming, and the cause of death was determined to be due to strangulation.

A manhunt was underway for weeks before Brian’s remains were found very close to where police had been searching.

We covered this story closely for a number of reasons, but the main one for us was highlighting the theory that bloggers and people in general seem to be doing well on social media. There was obviously turmoil in this relationship, and recognizing signs of domestic abuse and/or potential domestic abuse ahead of time will save lives.

If you are a current or past domestic violence victim, a concerned family member or friend, or a person who is abusive and wanting to change, you can call the National Domestic Violence Hotline at 800-799-7233 to speak with a trained professional who can assist you. Their website is at www.thehotline.org.

Previous article: Strange Turn of Events Leaves One Man Dead And Another Facing Charges In Bizarre 'Break-In' Next article: Jury Could Come Back With Verdict Tonight In Ahmaud Arbery Killing Trial