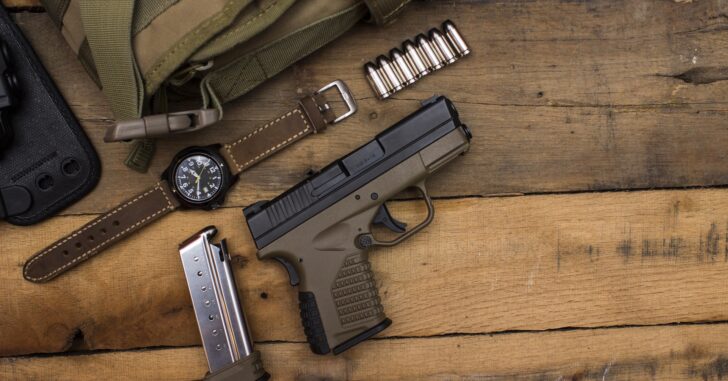 While we might be able to do things like track the number of issued carry permits in a given state, not a lot is known about what’s actually taking place on the ground every day.

The American Journal of Public Health is trying to change that a little bit at a time, and part of a recent study shed some light on how many people carry without a permit.

It is loaded with relevant firearms stats.

The team focused on learning about the frequency of loaded handgun carry by adult handgun owners overall and by state concealed carry status.

They used a sample size of 2,389 handgun owners across the country, and surveyed them in 2019.

One of the statistics they tried to find was whether or not people carry firearms without a permit.

How Many Carry Without a Permit

It’s worth noting that the survey did not ask respondents whether or not they carried concealed or openly. It could be that a handgun owner doesn’t have a concealed carry permit, but carries openly as open carry doesn’t require any kind of permit in their state.

While the Second Amendment in general and concealed carry specifically are vital parts of the American identity, it’s rare for firearms laws to be a sufficiently powerful factor to dictate a change in where one lives.

As citizens wrangle with oft-changing firearms laws at the state and local, it’s reasonable to assume that some otherwise law-abiding citizens will carry outside of the bounds of the law, even if the numbers aren’t quite as high as those listed above.

While some, including this author, would question the constitutionality of concealed carry permits in the first place, the philosophy of responsible carry would dictate applying for and abiding by the provisions of said permits and laws, even while fighting for the elimination of those institutions.