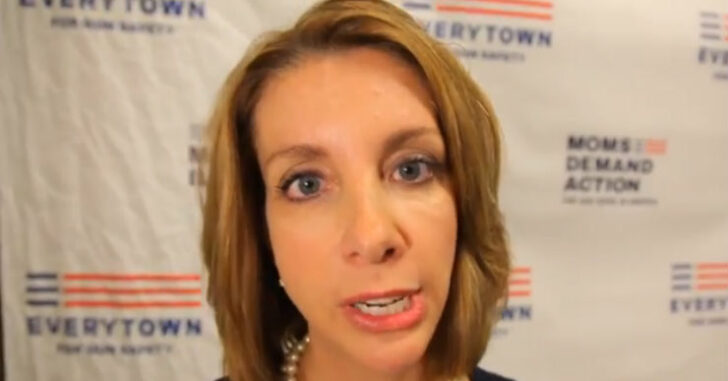 Leave it to Shannon Watts to cry injustice after a man is arrested for assaulting another person. Clarence Daniels was shopping at a Wal-Mart in Florida with a legally owned and carried gun under his jacket. Another man, Michael Foster, happened to spot the firearm during a brief period of being uncovered while Daniels was exiting his vehicle and on his way into the store.

Instead of calling police or alerting security (if he were really that concerned), Foster follows Daniels into the store and puts him in a choke-hold while yelling something to the effect of, “HE HAS A GUN!” As a response, Daniels yelled back “I HAVE A CARRY PERMIT!”

The story ends with Daniels going home, since he wasn’t breaking any laws, and Foster being arrested for battery.

Enter Watts, the outspoken founder of Moms Demand Action For Gun Sense In America. She tweeted this beauty as a reaction to the incident:

Man arrested for tackling man with gun at Walmart. Because America. http://t.co/reEtSGvKr3 #gunsense

As you can imagine, many people had questions for Watts. Questions like; do you support assault? Or, do you feel that Foster shouldn’t have been arrested? To answer us “trolls”, Watts throws this tweet out to the masses:

Poor trolls. Because America = our 30K shooting deaths per year have made us afraid every armed person is a gunman. http://t.co/2IeDfJrndY — Shannon (@shannonrwatts) January 21, 2015

Like all of Watts’ defenses, she starts throwing numbers around. Let’s remind her that the vast majority of her “30k shooting deaths per year” are made up of suicides and gang violence, not mass shootings. I can assume that she’s referencing mass shootings when she says ‘gunman’, so her numbers are completely off.

The only reason that a person would attack another person with a holstered firearm is because they are paranoid. And guess why that person is so paranoid, Shannon Watts. It’s because people and organizations like you instill fear in as many people as you can, instead of educating with real facts.