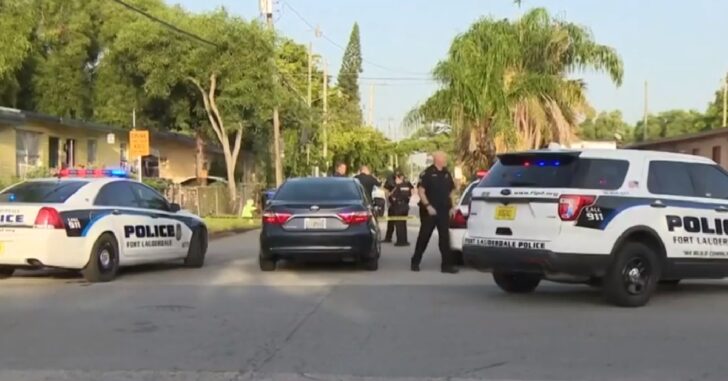 FORT LAUDERDALE, FL — A Florida man opened fire after allegedly being fired upon by a would-be burglar raiding his business trailer in his front lawn, Local 10 News reports.

The poor guy woke up to someone mucking around in his yard, and the resulting exchange of gunfire understandably frightened the entire community.

According to Local 10 News:

Jarvis Jordan told Local 10 News that he was awakened early in the morning by the sounds of someone breaking into his trailer. Fort Lauderdale police confirmed they responded to the scene on Northwest Ninth Street around 6 a.m. Jordan said the would-be burglar fired a shot at him and missed.

He said he confronted the burglar with a gun before the man took off. Police have not confirmed who shot their gun, but said they have two people in custody.

“I came outside to my front yard and I noticed that my trailer door was unlocked, and I saw the guy going inside the trailer,” Jordan said. “I asked him, ‘Hey, what are you doing?’ He stuck his head out my trailer and he fired a shot at me, and I fired back at him. Very scary. Very scary. And I don’t know what else to do about it. I just thought about my life, so I had to fire back.”

The shooting happened on the same block as Mount Bethel Private School, and there are a number of children and families in the area.

Fortunately, none of this exchange took place when any children might be present at the school, and no one else was harmed.

Police reported at the time that they had two people in custody, according to Local 10 News, and although it appears that no one was injured from gunfire, the assailant may yet reach justice.

Previous article: Device Now Let's Smartphone Users Scan A Person For Concealed Firearms From Up To 40 Feet Away Next article: #DIGTHERIG - Chuck and his Ruger LC9 in an Alien Gear Holster