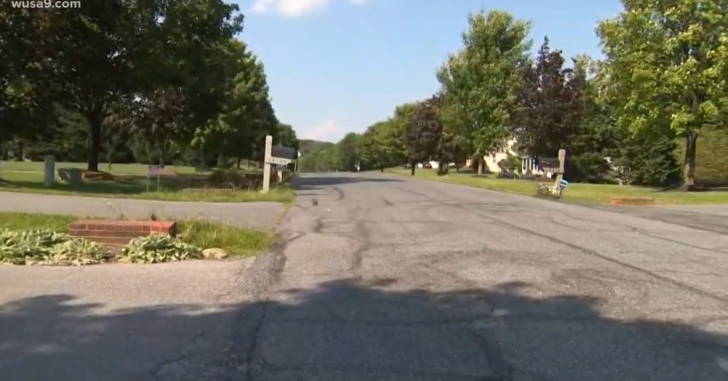 CHANTILLY, VIRGINIA — Imagine a shirtless and shoeless man starts banging on your door at 1am, trying to force his way into your home while demanding you open the door and let him in. What do you do?

A man attempting to break into a house in Woodbine, Maryland, was shot and killed by a homeowner in the early hours of Sunday morning.

Police said footage taken by a security doorbell — which has not been made publicly available at this time — shows Espinoza threatening the residents, shouting “I’m going to f— you up,” and “You want a piece of this s—?”

The residents of the home, Charles Dorsey, 56, and his wife, repeatedly shouted at the man to leave and dialed 911.

Eventually the shirtless, shoeless man did manage to get the door open and gain entry into the house. At this point, the 56 year old husband fired one shot and killed the intruder. This wasn’t the homeowners first choice of action. He called 911 and yelled at the man to leave. Unfortunately, he was left with no choice in the end but to defend himself and his wife with lethal force.

A twist to this story is that it may have all been a misunderstanding. The intruder was visiting and staying with friends in the neighborhood, and it is thought that perhaps he had gotten the houses mistaken and thought his friend was playing a joke on him by locking him out.

It was later revealed the intruder, named Gary Espinosa, was a husband and father of two who owned his own IT consulting company.  In a tearful interview, his wife claims her husband was not a violent person. If this was in fact all a mistake, the story becomes even more tragic.

Police say no charges have been filed at this time. It seems unlikely that any charges will be filed considering the 911 call and the door camera evidence. The homeowner did everything right, and displayed the hallmarks of a responsible gun owner.

Previous article: Man Slaps Two Children Riding Bikes In The Street, Their Father Runs Over, Man Pulls Gun And Fires Next article: Robbery Target Defends Himself With Firearm, Is Shot and Killed During Ensuing Shootout