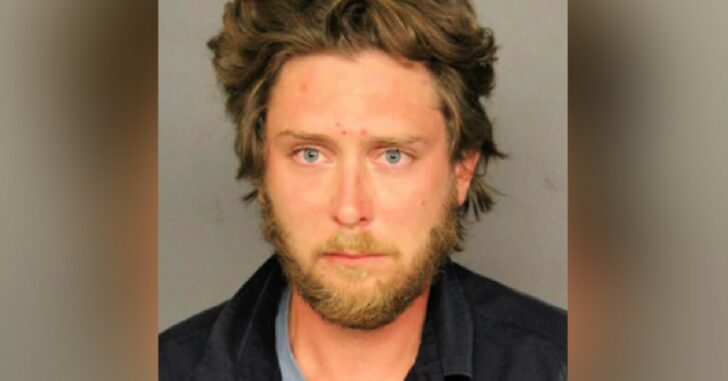 A deadly shooting occurred yesterday at a protest where two opposing sides began arguing. Things turned physical at one point, and then a single shot is fired, resulting in the death of one man wielding mace.

Just prior to the shooting, a video shows a confrontation between the man who was shot, and another man (not the man who shot him). Then, the man who ended up being shot is seen leaving the camera view quickly, then shot seconds later.

Today, this image was released that shows the man with the mace striking the other man just before he fired the shot.

The question is; did this assault justify the use of deadly force? Did the shooter, identified as a security guard named Matthew Dolloff, first assault the man with the mace? Who was the instigator?

NBC affiliate 9News says Dolloff was a private security guard who was hired to protect its staff.

There are many questions left unanswered. So far, Dolloff has not been charged with any crime, but is in custody pending an investigation.

Previous article: Guard Shot Twice, Able To Return Fire On Thugs During Armed Robbery Next article: [VIDEO] Man Backed Up Into Car By Aggressor, Aggressor Knocked Out During Ensuing Fight