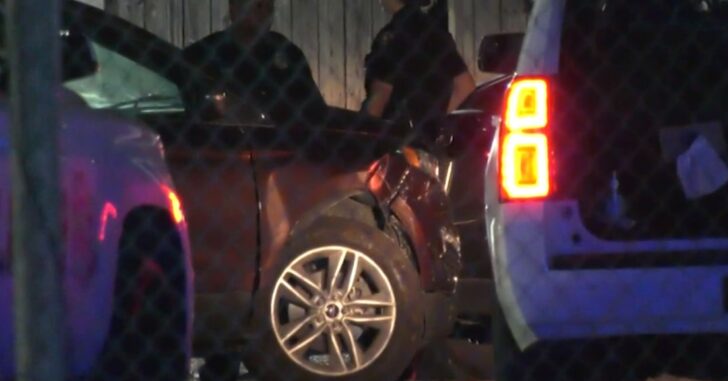 PASADENA, TEXAS — A man is dead after allegedly attacking a woman and her co-worker at their place of employment. This occurred around 12:15 a.m. on Wednesday, August 21, 2022 in the 1400 block of South Houston Road.

Police say a woman was exiting a business when she noticed a man banging on her car windows. The man was also yelling at the employee, who later told police that she did not know or recognize him.

The employee was able to leave the area and close an electric gate behind her. That’s when the man got into his vehicle and drove through the electric gate, hitting several cars parked inside the business.

The employee’s co-worker was in the gated area and saw what happened. She was able to retrieve a handgun, which was lawfully in her possession, according to authorities.

The woman confronted the man, who then attacked her, leading to a struggle. Police said the woman shot the man twice, which ended the struggle. The man was taken to HCA Southeast hospital, where he was pronounced dead. Neither the armed woman or her co-worker were injured, according to police.

A grand jury is expected to decide whether any charges will be filed against the shooter.