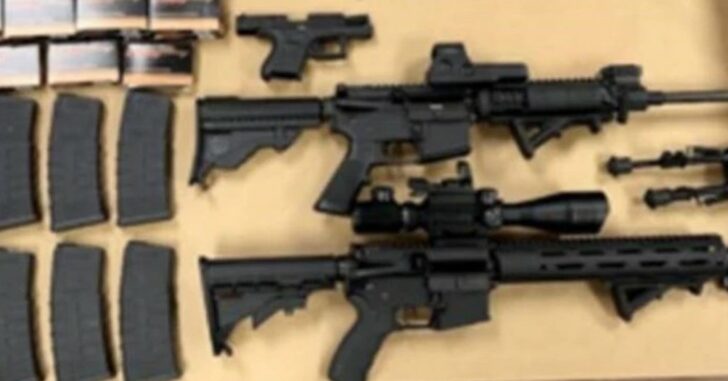 RICHMOND, VIRGINIA — Police say a mass shooting was thwarted that was planned on the 4th of July in Richmond, Virginia at the Dogwood Dell, an amphitheater where celebrations were taking place.

A person called police to report that they overheard plans for the mass shooting, and police followed up on that tip that ultimately resulted in 2 arrests and a thwarted plot that could have killed numerous people.

“They were planning to actually shoot up our Fourth of July celebration. Okay? We know what their intent is, but we don’t have a motive,” said Chief Gerald Smith.

That same day, police showed up at the 3100 block of Colombia Street on Richmond’s southside, and someone let them in. The chief says officers seized two assault rifles, one handgun and 200 rounds of ammunition from the house and arrested 52-year-old Julio Alvarado-Dubon for being a non U-S citizen in possession of a firearm.

“They were planning to actually shoot up our Fourth of July celebration. Okay? We know what their intent is, but we don’t have a motive,” said Chief Smith.

A second suspect, 38-year-old Rolman Balacarcel, was placed under surveillance for a few days until his arrest.

I want to thank and applaud the hero in Virginia that stopped a potential massacre by alerting our brave Richmond Police Department Officers that work tirelessly every day to protect our communities. Its a great reminder that if you see something, say something to your local PD.

No motive has been determined yet, but police are sure that they stopped a tragedy.

Previous article: Graphic Warning: Women Severely Beaten By Men After They Dismissed Their Advances Next article: Self-Defense Ruled After Drunk Shooting On The 4th Of July Between Best Friends