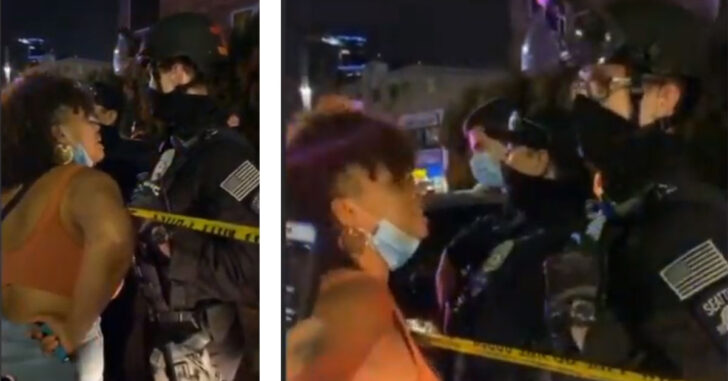 Watching the live feeds from tonight’s protests, it’s amazing how the officers keep their composure when confronted with hateful people.

The young woman below is one that I’ve been watching, and she has some terrible things to say to an officer that personally did nothing to her.

She told the officer, and other officers at the scene, to kill themselves repeatedly. It’s almost as if they’re profiling all officers as bad people…

The video is currently live as of this writing, but can be viewed below (and you can look back at what happened earlier in the live once it’s over).

The group gathered around a car that police had impounded, citing an active investigation.

The hate that is heard in the live, especially from this young woman, is rather appalling. To me, it’s equivalent to walking up to any man on earth and calling them a wife beater. Does that make any sense to you?