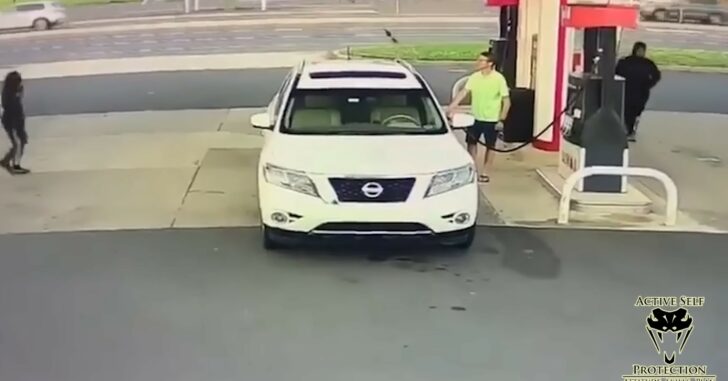 If we had an extra set of eyes in the back, there aren’t many angles that an attacker could come from that we wouldn’t notice. Since we only have vision in the front, however, that leads to vulnerabilities.

As John says in the video, if you’re in a state where you can lock the nozzle and walk away from it while it’s running, situate yourself in a position that gives you the best view of the area, and scan that area regularly while you’re waiting for your tank to fill.

As for a scenario where this victim was carrying a firearm, there was no ‘go’ moment up until the kid had his arm around his neck. Had the victim seen the bad guys arriving, distance is your friend and until the ‘go’ moment presents itself (which it may not), keeping that distance is going to be key.