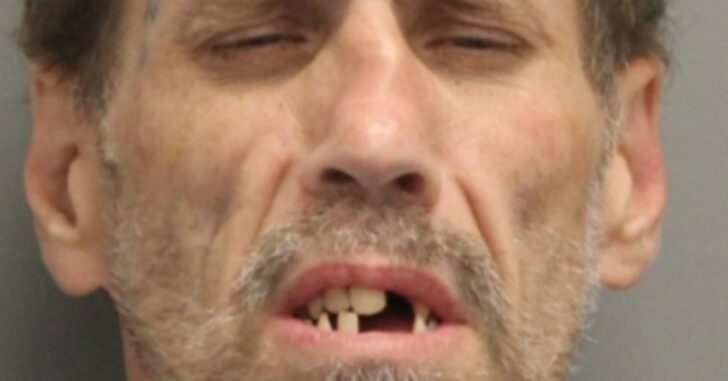 MILFORD, DELAWARE – An armed man who robbed and threatened to kill three people in the span of a week has been jailed. Delaware State Police arrested Brian Oneill, 47, of Dover, after he allegedly committed two armed robberies in which he threatened the victims.

The first occurred around 8:30 p.m. on August 25th when Oneill reportedly entered the home of a female acquaintance in the 4000 block of Dot Street in Milford. He was armed with a black handgun and threatened to kill the 60-year-old. Holding her at gunpoint, he forced her to drive to an ATM in Dover to withdraw cash. After obtaining an undisclosed amount, he fled on foot leaving the woman unharmed.

He struck again around 9:30 p.m. on September 1st in the 1500 block of Tuxward Road in Hartly. There a 70-year-old female victim saw the man sitting in a shed on her property. Wearing a black mask over the lower portion of his face and armed with a black handgun, the suspect pointed the gun at the victim and threatened to kill her if she contacted the police. During the encounter, a 46-year-old male arrived at the residence, only to have the gun pointed at him and have his life threatened as well. The suspect fled the scene in the man’s GMC Yukon.

After investigation, authorities determined that Brian Oneill was the perpetrator in both crimes and obtained a warrant for his arrest. Troopers located Oneill in the Dover area Friday and took him into custody. He was transported to Troop 3 where he was charged with 13 felonies including one count each of Robbery 1st Degree, Home Invasion Burglary 1st Degree, Kidnapping 2nd Degree, Robbery 2nd Degree, Terroristic Threatening to Kill a Victim 62 Years or Older, and Possession of Burglar Tools, and two counts each of Possession of a Firearm within 10 years of a Prior Conviction, Possession of a Firearm During the Commission of Felony, Aggravated Menacing, and Wearing a Disguise During the Commission of a Felony,  and lesser charges of Terroristic Threatening, Criminal Mischief and Malicious Interference Emergency Communication.

Oneill was arraigned in the Justice of the Peace Court #2 and committed to the Sussex Correctional Institution on $354,253 cash bond.