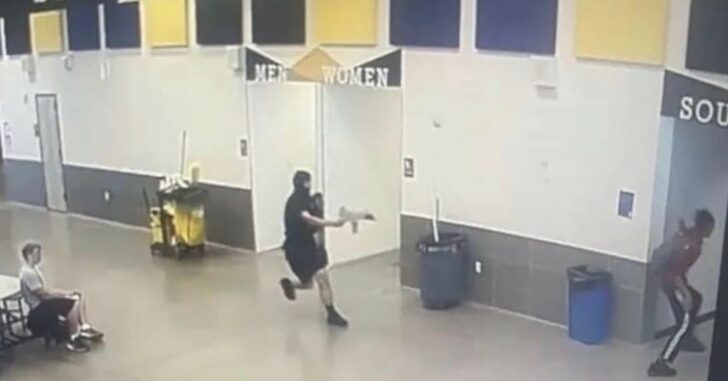 DENVER, COLORADO — Two students at Northfield High School were taken into custody on the last day of school after they ran through the gym with a paintball gun and shot other students. The gun, which reportedly was not easy to distinguish from a real gun, was enough to have a witnessing student alert campus security about the concern.

“This situation, it appears that it is a paintball gun,” DPD chief Paul Pazen said. “I cannot commend enough the student and the campus security officer for taking action. You need to get there immediately. You can’t tell the difference between a paintball gun and a real gun.”

Both of the boys were taken into custody and interviewed, and then released to their parents. They could face charges for the incident, and it will be up to the District Attorney to decide whether or not that will happen.

Coming just days after the deadly mass shooting at Robb Elementary School in Texas, everyone inside the school went into panic mode once a lockdown was announced.

It’s amazing to think that some students would think that these actions were alright at any point, let alone days after a terrible incident.

Do you feel that these students should face charges? Chime in below.