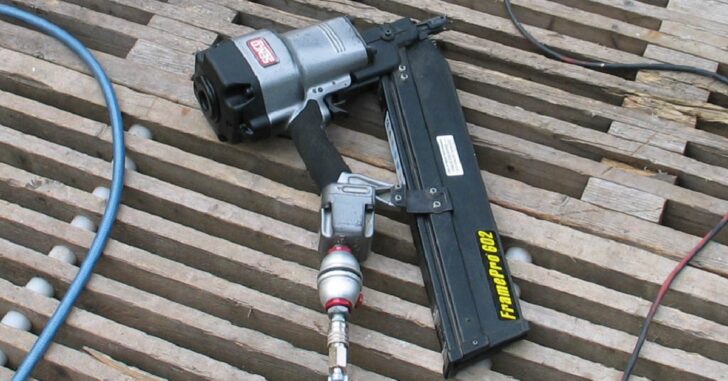 NORRISTOWN, PA — A man was put under custody following a standoff involving a knife, a warning shot, and the theft of a $300 nail gun earlier this month, The Times Herald reports.

I mean, I like my hardware as much as the next guy, but seriously — who risks jail time over a nail gun?

As The Times Herald reports:

At 4:47 p.m. Feb. 24 police responded to the area under the Dannehower Bridge for a burglary which led to a physical altercation. Upon arrival, officers encountered a man bleeding from the mouth with his girlfriend tending to him.

Another man at the scene said the injured man had stolen a $300 nail gun from him following a monetary dispute. He told police he and his associates went to confront the alleged burglar, who lives in a makeshift shelter on Barbadoes Island, and one of them fired a warning shot into the ground when he approached them with a knife.

Police were shown security video of the accused burglar entering the victim’s house and leaving with the nail gun. He was taken into custody and charged with theft and related offenses. The gun used to fire the shot and several knives at the shelter were taken into evidence.

Again — and we’ve encountered this a couple of times recently — it’s never a good idea to fire a warning shot. Either commit to firing your defensive tool and be prepared to accept the consequences of employing deadly force, or keep your finger off the trigger.

This is still true when you’re talking about knives — although far less likely a throwing weapon than a melee weapon, the time it takes to close with an intended victim is a hair more than a blink of an eye. I’m elated that the suspect was able to be apprehended without blood being shed, but he took a real risk.