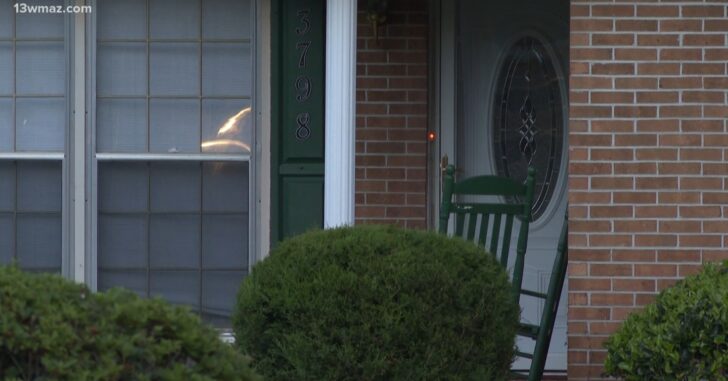 LIZELLA, GEORGIA – A man is dead after assaulting a woman and being shot by her husband. Neighbors on Trophy Place in Lizella are shocked by the bizarre event that occurred in their normally peaceful neighborhood.

Thursday evening a 67-year-old female homeowner was cutting her lawn on a riding mower when out of the blue, a young man attacked her.  The man, who was totally naked, attempted to remove the woman’s clothing.

Her husband, 66, witnessed the attack from inside their home and rushed outside to help. While attempting to pull the much younger man off his wife and stop the attack, he himself was attacked as well. When the attacker turned his attention to the woman again, the man went back inside and retrieved a firearm.

Upon his return, he shot the suspect. Responding officers found Tyler McElhenny, 25, naked on the lawn suffering from chest trauma. He was transported to Atrium Health Navicent, where he later succumbed to his injuries.

The female victim was transported to Piedmont Macon Medical Center and is listed in stable condition. Her husband was treated for minor injuries at the scene. Thankfully the couple will recover from the physical trauma, but the attack may weigh heavy on them and their neighbors for years.

Neighbor Ken Burns, who has lived in the neighborhood for about five years said he and his wife have always felt safe there. “She goes out every night with her three dogs, walks around the block after dark. Real unusual — all the neighbors know each other. It’s usually quiet back here,” said Burns.

Reflecting on the recent incident, Burns added, “We’re all packing — even her — so if somebody comes in the house, we have ways to protect ourselves.”

This strange incident illustrates the importance of carrying a defensive firearm everywhere, every minute of the day…even in your house or yard. If either the woman or the man would have been armed, they could have ended the attack much sooner and greatly reduced the possibility of serious injury or death. Had the assailant been armed with anything…a rock, hammer, screwdriver, bat, knife, or gun…the attack could have had deadly consequences for both victims in a matter of seconds.