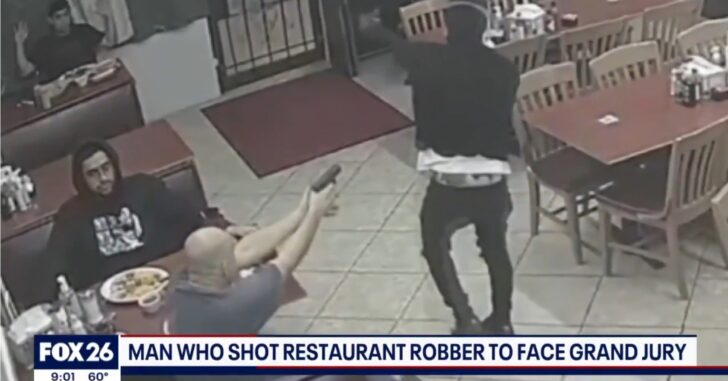 HOUSTON, TEXAS — The man who opened fire on an armed robber, shooting hit 8 or 9 times and then leaving the scene, is now in contact with police.

Video of the incident went viral over the last few days, with most calling the man’s actions heroic.

The man’s attorney released a statement, saying his client acted in self-defense.

“In fear of his life and his friend’s life my client acted to protect everyone in the restaurant,” the attorney wrote, stressing that in Texas, “a shooting is justified in self-defense, defense of others and in defense of property.”

The full video of the incident can be viewed here, which shows the shooting and actions afterwords.

The armed robber was using a fake gun, and did not survive his injuries.