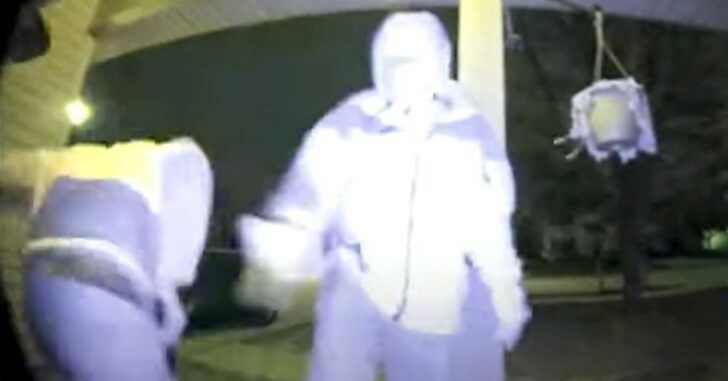 Everyone loves an exciting story with a happy ending. Today’s gratifying result comes to us from Fort Wayne, Indiana. Earlier this month, at o-dark-thirty, a pair of armed and masked aspiring rocket surgeons tried to kick in the door of a residence. One member of the dynamic duo had his finger on the trigger of his pistol and managed to shoot himself in the thigh with a negligent discharge.

Better yet, Keanu Cook’s lack of trigger and muzzle control were captured by a Ring doorbell camera for posterity.

Unfortunately, music videos don’t teach the golden rules of keeping your trigger finger off the trigger until you’re ready to fire or making sure your muzzle is always pointed in a safe direction. But safety rules, like working a real job, is for suckers, right?

Mr. Cook turned up at a hospital not long after the failed home invasion attempt where was delivered into the waiting arms of Fort Wayne’s finest. He told the boys in blue that the break-in was meant to finance the bail he’d need when he turned himself in as there was an existing warrant for his arrest on other charges including illegally carrying a handgun.  Go figure.

He told the cops he and his accomplice tried to break in to secure some cash, weed and other “valuable stuff.”

The Journal Gazette has the story . . .

Cook told police he needed money so he could turn himself in on a current arrest warrant. According to court documents, Cook was issued an arrest warrant on Dec. 17 related to a misdemeanor charge for carrying a handgun without a license and resisting law enforcement.

Cook and another man appeared at the residence in the 7900 block of Rocky Glen Place around 1:50 a.m., an incident caught on the homeowner’s Ring doorbell camera. The other man has not been arrested, police said.

In a video widely circulated on social media, the two alleged burglars are seen attempting to kick in the door while holding handguns. Once Cook shoots himself in the leg, the two run away from the camera.

The video shows one of the young men starting to run back to the house. Police found a silver 9 mm shell casing on the front porch sidewalk. Footprints were tracked in the snow as the pair ran east, according to a probable cause affidavit.

Does anyone think that if these two misfits actually made entry on that residence that they would have hesitated to open fire if the occupants had resisted?

Once again, gun rights are civil rights and they are for everyone. And the only thing that stops bad people with evil in their hearts is a good guy with a gun. Or two.

Previous article: The Truth About The Ammo Shortage - VIDEO Next article: 4 Burris Scopes That Will Change The Way You Shoot