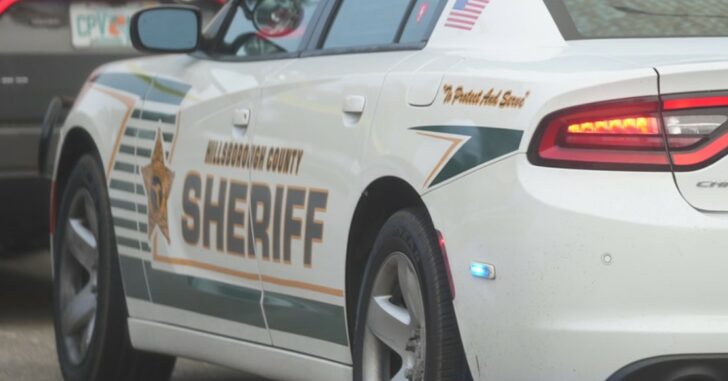 SEFFNER, FLORIDA — An alleged robber was fatally shot by his intended victim along a roadside after returning to the scene of the crime for a second attempt. The Hillsborough County Sheriff’s Office is classifying it as a case of self-defense after deputies were dispatched to the intersection of US-92 and County Road 579 in Seffner just after 11 pm Tuesday.

HCSO investigators who interviewed the victim say that his truck had broken down and he was on the roadside attempting to repair it.  During that time, a man approached him and demanded several of his valuable items. A press release states that “The driver handed him several items, and the man walked away.”

Apparently letting greed get the best of him and pleased with his earlier success, the alleged thief came back for more. “Minutes later, the man walked back toward the driver and demanded his cell phone,” the press release states. The robber wasn’t as successful on his second try. “The driver, who was in fear for his life, armed himself with a gun and shot the man,” according to the report.

Immediately following the incident, the intended victim called 911. First responders arrived to find the suspect dead at the scene. Neither the armed citizen nor the deceased suspect have been publicly identified and no charges are expected in the case. The investigation is continuing, but for now the sheriff’s office is standing by the statement, “This is believed to be a case of self-defense at this time.”

Previous article: Another Social Media Sale Meetup, Another Shooting, Concealed Carrier Saves His Own Life Next article: Firearm Purchases in 2021 Remain Near Record Levels Set in 2020 - As Gun Owners, We Have an Important Responsibility