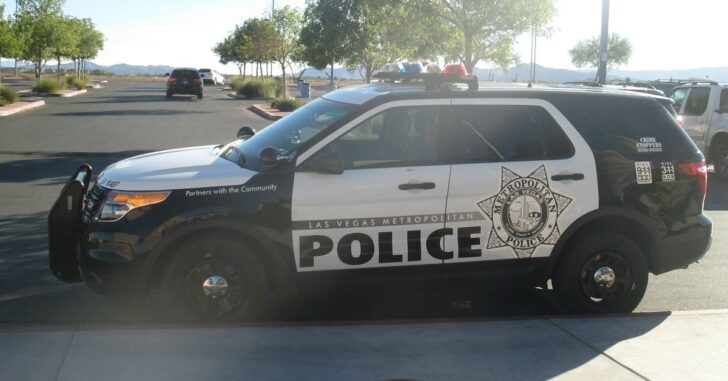 LAS VEGAS, NV — A man took a shot at a burglar after being woken up to a noise in his own room, the Las Vegas Review-Journal reports.

The resident was fortunate and quick enough to get to his gun before the burglar could attack him and opened fire, who quickly ran for the hills.

According to the Las Vegas Review-Journal:

Las Vegas police are investigating Wednesday morning after a man shot at a burglar standing in the bedroom in his east Las Vegas home. Police were called about 3:30 a.m. to a home at 2727 San Vincente St., near Pecos Road and Carey Avenue, according to Metropolitan Police Department Lt. David Gordon.

The man was home alone when he woke up to a noise and saw another man in his bedroom, Gordon said. He grabbed a handgun and fired three shots at the other man, who ran away. Gordon said police didn’t find any evidence inside the home that indicated the would-be burglar had been shot, but are still searching for him.

I have to imagine that the burglar was put into some kind of stunned silence or had just crashed his way into his house, because if he was already in the room, he absolutely had time to do some serious harm to the resident inside.

Now, as an armed homeowner, this is pretty frustrating, and I will say as a personal note I literally have had nightmares about this exact situation — being woken up to find that you have no reaction time to a deadly threat right in front of you.

Luckily for me, I don’t sleep in a ground floor room, so that nightmare would likely have to involve the roof jump from “Die Hard.”

The best and the most you can do to avoid this kind of situation for you ground floor-dwellers, outside of putting up bars on your window if you’re that concerned, is just to ensure that your windows, doors, and locked are set securely before going to bed each night, and that whatever firearm you use for home defense, whether it be a handgun, shotgun, or halberd, is put consistently in a safe, close place that you can get to quickly.

Ideally, it will also be somewhere you have to be at least a little awake to use — I have a couple of friends who keep secret drawers or mounts under the bed frame.

The harder it is for a thug to have and the easier it is for you to get quickly and safely, the better off we all are.