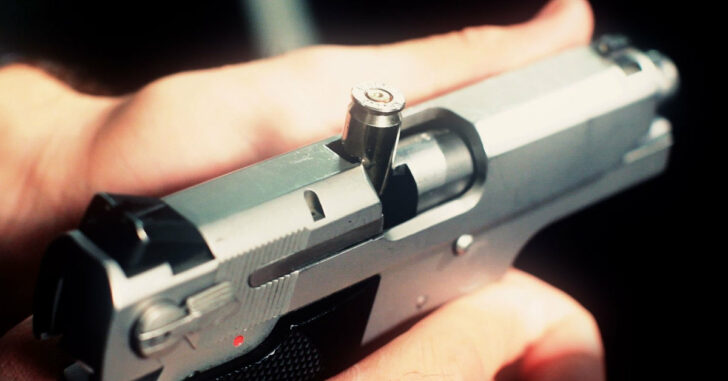 Gun failure is one of the worst nightmares for a concealed carrier to go through. In the moment when we depend upon our everyday carry handgun to deliver — and it doesn’t deliver — we have to move quickly.

Thankfully, there are a number of things we can do prior to a gun failure to minimize the chance of it existing. Gun Jammed — What Next?!

The common adage for semi-automatic pistols in a gun jam situation is “tap, rack, bang”. But, let’s be honest, if you’re in an actual gun fight, you’re going to go straight to “rack”.

The reason why we suggest running all three is because if the magazine isn’t seated properly, it won’t matter if you “rack” and you certainly won’t get the right “bang” for your buck.

Here’s The Most Common Failures We’ve Run Into:

We’ve covered A LOT of concealed carry defensive gun use stories as well as spoken to plenty of people who have first-hand knowledge of employing a gun in self-defense. Because of this, we’ve managed to glean the following common failures.

In the heat of the moment, you pull the trigger on target. Nothing happens. Click. Conducting an immediate action drill for a pistol failure such as ‘tap, rack, bang’ will solve this problem but ultimately — it’s because you failed to load a round into the chamber. The gun didn’t fail you.

SEE ALSO: Why we always carry with a round in the chamber.

A lot of people we’ve heard from and have heard from news stories usually say when they fail to fire a round, “my gun failed.”

The gun didn’t fail. It worked precisely as it was designed. In fact, if it did work with the safety engaged, that would be a failure. If you shoot and neutralize your target on your first shot, good on you. Next round is on us. However, no concealed carrier should ever bet on that happening. A common, frightening mistake is when the first round discharges normally but the next round jams.

There are many reasons this can occur: For this, check the magazine. Chances are good either the magazine didn’t lock properly in the magazine well or it only got a partial lock. Every semi-automatic, magazine-fed handgun is designed to fire the first round and load a second into the chamber. When it fails to load a second round, we’ve covered some of the possibilities. However, the magazine can also be a culprit. If the magazine spring has become rusted, the spring will fail to function properly. Another big culprit is oversized magazines. Often, the longer springs have a harder time pushing past the middle mark. We’re not talking a standard 15-round magazine but something more in line with 30-45 rounds — not a typical choice for concealed carriers.

The best action you can take for gun failure is preventative care.

Your gun should earn your trust and you should develop trust in your gun.

Previous article: #DIGTHERIG - Alex and his CZ-75 P01 in a Custom Holster Next article: Neighbor Makes A Bad Habit Of Breaking In -- Gets Cured The Hard Way