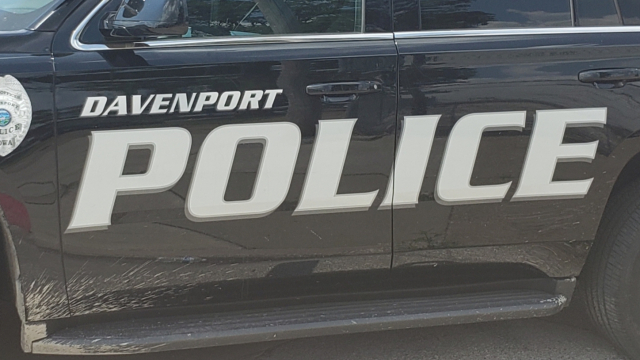 DAVENPORT, IOWA – A Davenport resident was shot during a home invasion around 11:30 p.m. on Sunday, November 15th before gaining control of the intruder’s gun during a physical struggle.

Police say that two males forced entry into a home in the 500 block of 17th Street and demanded money from the residents.

The residents refused to comply with the demands and engaged in a physical confrontation with the would-be robbers. During the struggle, one suspect produced a gun and fired a single shot. The residents were successful in disarming the attacker, and both suspects fled the home on foot.

One resident, an adult male, received a gunshot wound to his arm and another suffered facial injuries.  Both were transported to a local hospital for treatment of none-life threatening wounds, and the investigation is continuing.

I’m not sure about you, but I prefer for everyone who lives in my home to have their own firearm, instead of being forced into an MMA match while trying to take one from an intruding assailant. Home invasions happen quickly, and there is precious little time to mount your defense, especially if you are in the room being entered or asleep in the late night or early morning hours.

While having a firearm instantly accessible is important, it is no more important than firearm safety if you have children or adults who are not trained in responsible firearm handling and use. If you are not carrying the firearm on your body and in full control of it at all times, a strategically located biometric pistol safe can give you peace of mind against unauthorized access to the gun while enabling you to quickly respond to an unauthorized entry into the home.

Previous article: Daughter’s Boyfriend Breaks into Home Before Brutally Slaying Her Father During 911 Call Next article: Is Shooting Looters Legal? It Could be in Florida if Governor DeSantis is Successful