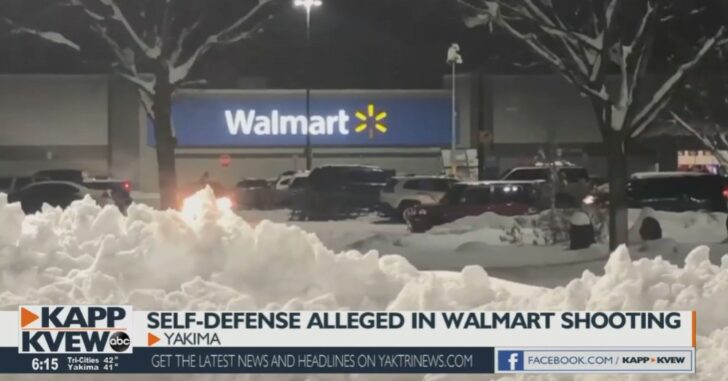 He opened a door to the vehicle and pointed a gun at the family, demanding money and telling them to get out.

The man in the driver’s seat, only identified as a 37-year-old, drew his handgun and shot the suspect. The driver then fled with his family in the car to a nearby parking lot and called police.

An ambulance crew happened to be in the same Walmart parking lot on a lunch break when the shooting happened, and were on the scene in seconds and performed first aid on the suspect, who had stopped breathing. He was taken to the hospital where he underwent surgery and is now in critical conditon.

Police arrived to the parking lot where the family was, and took them to the police station for questioning. So far, no charges have been filed against the man who fired the shots, which struck the suspect in the chest and neck.

“We have discussed this with the prosecutors but we’re still too early in the investigation to have made a full decision on whether or not charges will be filed,” Sgt. Jake Lancaster said. “Sometimes these things take a while and with the self defense claims, we’re going to have to do a lot more investigating.”

If you’re inside your vehicle, or away from it, keep those doors locked as often as possible. That’s a good barrier between yourself and danger, and could give you the seconds needed to get away safely.