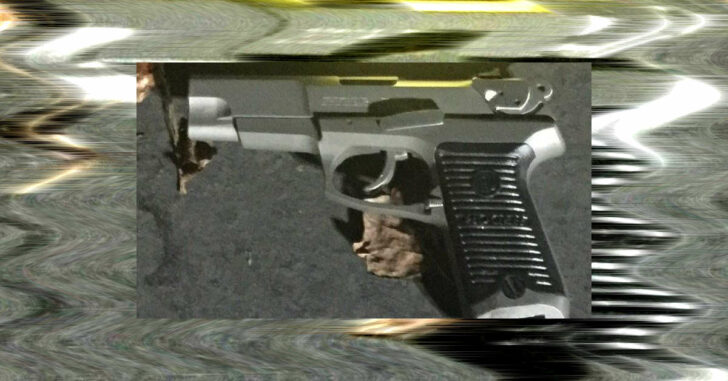 STOCKTON, CALIFORNIA — A San Joaquin County deputy shot and killed one attacker and send another running after two masked men attempted to ambush him outside his apartment complex.

The incident occurred around 10:40 p.m. according to the Los Angeles Times. When the deputy saw two masked, armed men approaching him in the parking lot of his apartment, he drew his gun and opened fire. One of the men, now identified as Keenan Bradley, was injured and died at the scene. The other fled.

Officer Joseph Silva, spokesman for Stockton Police Department, did his best to answer the host of unanswered questions about the motivation behind this attempted crime.

“He [the deputy] did not know if he was being robbed, carjacked, or targeted because he was law enforcement,” Silva said. “Everything happened so fast. He just remembers seeing the guns pointed to his face.”

The fast reflexes and situational awareness of that deputy likely saved his life.

It would have been all too easy to stumble outside at 10:30 p.m. and be oblivious to who’s moving through the apartment complex’s parking lot. Thankfully he wasn’t.

The other thing that saved his life? His ability to use a handgun.

In California, concealed carry permits are issued on a county-by-county basis. In some counties, the process may be easier than others. Some, like San Francisco and Los Angeles counties, it can be outright impossible.

As a member of law enforcement, this officer is allowed to keep a gun on him at all times. He’s subject to far fewer restrictions about what he carries and how he carries it.

For the average Californian heading out to his or her car at 10:30 p.m. on a weekday, he would be at the mercy of those two masked, armed men.

Law-abiding citizens of California have a hell of a time obtaining a concealed carry permit. There are still tens of thousands of legally registered concealed carriers. According to a report by Reveal, there are approximately 71,000 active concealed carriers in the state of California. That means the average Californian is statistically unlikely to be armed once he or she is outside the home.

Maybe those two criminals targeted the deputy because he was a deputy. In which case, at least one of them got what he deserved. Or, as could be the case, they were just too stupid to know the deputy was one of the few Californians carrying a handgun.

No matter. One of them lost the odds on that gig and now he’s joined the majority.