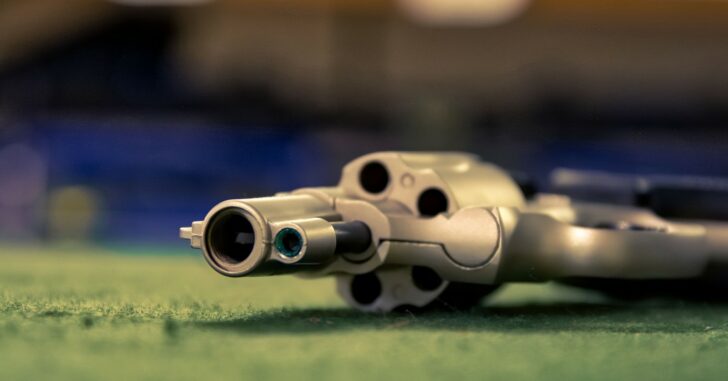 The right questions are finally starting to be asked about the shooting incident on an Alec Baldwin movie set that killed one person and injured another.

Wait, why was Alec Baldwin pointing his gun at a director in the first place? #AlecForPrison pic.twitter.com/RdQ8fWKImd

Then, there are the folks who are still insisting that this was an accident, when no such thing with firearms actually exists. It’s negligence, and someone is at fault.

It was an accident. Prop guns are expected to be just that – props with the appearance of functionality. https://t.co/34e0cGw5Hz

Maybe this line of thinking would change if policies changed, such as the actors learning about firearm safety, understanding the differences between blanks and real ammo, and inspecting the firearm and loaded ammo before using the firearm in the scene.

On top of that, with the combination of camera angles and CGI, or either one alone, it’s 100% possible to make it look like a firearm is being pointed at someone without actually pointing it at someone.

All of this still brings us back to one of the big questions: Why was Baldwin pointing, and discharging, the firearm in the direction of people who weren’t a part of the scene?

Baldwin himself tweeted an article that clarified the firearm handed to him was declared safe by the assistant director. I hate to break it to him, but he is also responsible for making sure that it’s safe.

Previous article: Suspect Calls Police After Being Shot At By Concealed Carrier He Was Trying To Rob At ATM Next article: 911 Call From Alec Baldwin Shooting Released