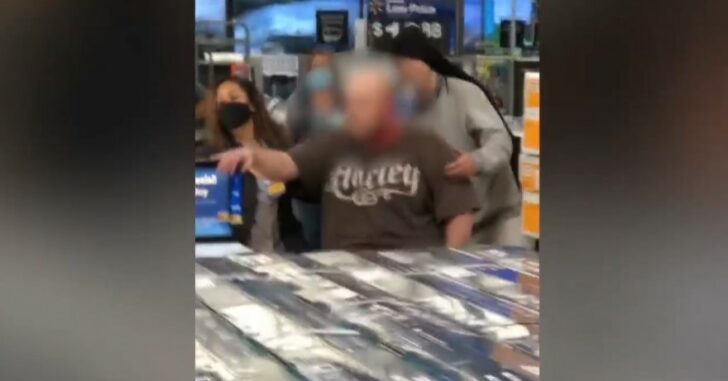 KEARNY, NEW JERSEY — It’s apparently 2021, where we use weapons and try to kill people when we have an argument.

Two men inside a Walmart were said to have been arguing about something, when one of the men produced a machete from his pants and attacked the other man.

That other man received a deep wound to the back of his head, luckily no more.

Employees quickly rushed over and realized the severity of the situation. One employee, who was now holding the machete, pointed to the suspect and told people to hold him until police arrived. That failed, and the suspect took off and police are still searching for him.

In a concealed carry firearm world, this is absolutely a moment where the use of deadly force would be justified. Now if you’re a witness, things can get a little more dicey, but holding someone at gunpoint who just slashed another person with a machete is usually alright. I say ‘usually’ because we all know how weird the laws can get, and being that this happened in New Jersey, I guess anything can happen.

Previous article: Home Intruder Fatally Shot By Homeowner, Who Shoots His Own Hand During Defensive Encounter Next article: Self-Defensive Gun Uses Outweigh Murders By A Longshot