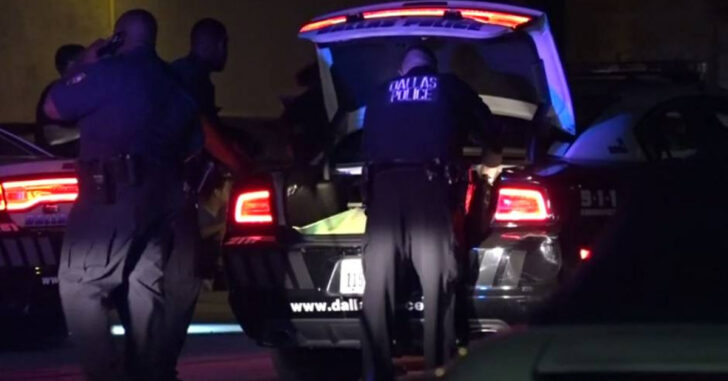 DALLAS, TX — A Dallas man was asleep in his home when he heard a knocking on his home’s door.

Well, it wasn’t a knocking on his door so much as a man trying to kick the house next door’s front door in — he also happened to own that residence, and a relative lived inside.

It’s unclear whether the thug was able to burglarize that home, but he was definitely able to engage in some vehicle burglary in the aftermath, and that’s where he was confronted by a responsibly-armed citizen.

A homeowner was asleep at his home in the 2900 block of Seevers. when he woke up to the sound of a person trying to kick open the door of the residence next to his. The homeowner owns both residences and a relative lives alone at the address where the burglary in progress was occurring.

The suspect fled the location, but was discovered deceased a short distance from the scene. The homeowner was taken to the Jack Evans Headquarters to be interviewed and was released.

It would have been extremely easy for this homeowner to have messed up in terms of when to engage here, and he did not.

If and when the burglar was in a residence, the homeowner or occupant could have engaged him with deadly force. When outside and burglarizing vehicles, it becomes more hazy. According to U.S. and Texas LawShield, Texas law permits residents an extension of the castle law for an occupied vehicle — not an empty one.

He confronted the suspect, and when the suspect presented himself a threat again — then he engaged.