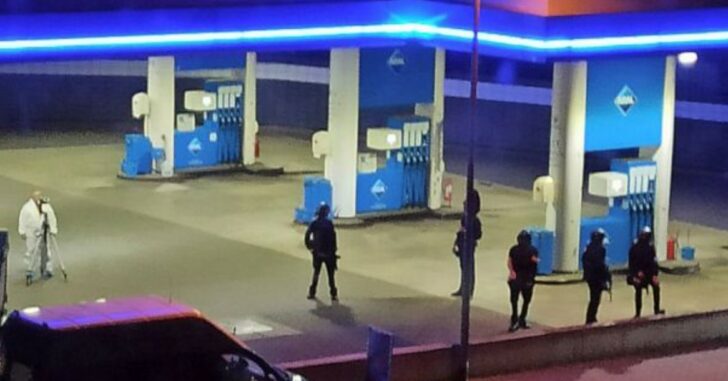 A 20-year-old clerk at a gas station was murdered when a customer got upset with his request about wearing a mask, which is a legal requirement in Germany when you go into a store.

The suspect, a 49-year-old with an apparent bad temper, made his decision to execute the man over time, as stated below.

The customer entered the gas station around 7:45 p.m. local time and got into an argument with the cashier, who asked him to mask up, police said in a press release. Germany currently has a requirement to wear masks in stores.

The suspect left the gas station but returned at 9:25 p.m., this time with a face covering on. But this time when he got to the checkout, police said he pulled down the mask, and after a short exchange of words, pulled out a gun and fatally shot the cashier, who police described as a student.

After an unsuccessful manhunt for the gunman, he walked into a police station the following morning with a woman, and surrendered to police. He is now facing murder charges.

In a press released on the incident, it states that the suspect “acted out of anger about the rejection” at the first visit to the gas station when the clerk asked him to put on a mask.

“He stated in his interrogation that he rejected the coronavirus protective measures,” police said.

It’s nice to see one more mentally unstable person off the streets, and it’s terrible that it had to happen in this manner.

Coronavirus has claimed many lives, both via the virus itself and people’s reactions to things like we see in this story.