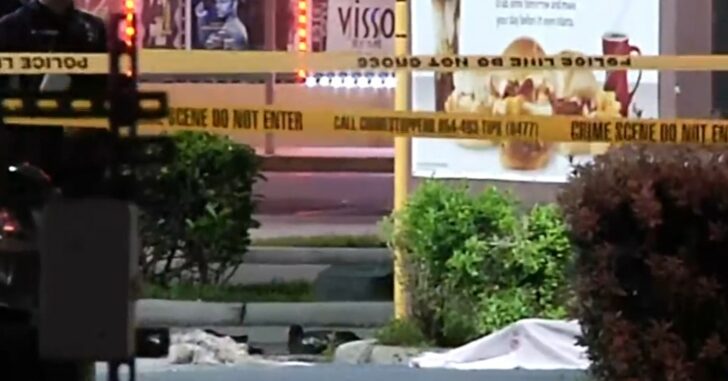 HALLANDALE BEACH, FLORIDA — Police towed two vehicles away after finding three bodies at a Wendy’s drive-thru after receiving reports of shots fired. The victims seem to be customers and not employees, although police are still working on piecing all of the information together.

An employee at a nearby business spoke to reporters, who was working as the incident unfolded.

“I just heard some gunshots pop off. It was boom, boom, boom it was quick though,” he said. “I ain’t gonna lie, I’m kind of nervous. It made me feel like I was gonna die, kind of.”

Police say they have some surveillance video of the shooting, and will use that during their investigation. They don’t believe that others are in danger, as it appears to have been an isolated incident.

What led up to the shooting is unknown, but could have been sparked by an argument that occurred between people in the drive-thru.

The shooting happened around 1 a.m., which reminds us to be cautious when we’re making decisions about heading out late at night. Still, things like this can happen at any time of the day, and we see it often, but when the sun goes to bed is when most tragedy strikes.