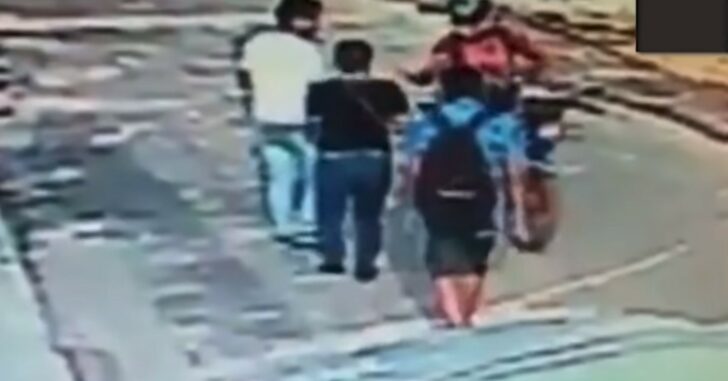 This one was a little too easy, but quick thinking still played a significant role in stopping this bad guy.

We’ve seen these videos before; bad guy(s) roll up on a motorcycle with a gun and demand valuables. This one starts off just the same, but takes a crucial turn just seconds into the robbery.

Around the 0:56 second mark, we see the bad guy actually drops his gun on the ground while he’s robbing his victims.

The guy in the blue shirt had enough awareness to realize that the gun was dropped, and simply went in to pick it up.

Talk about tables turned! After that, other people come in to help, including a guy with what seems to be a large piece of wood. That’s all it takes to get this bad guy running in the opposite direction.

And, they got a free bike. It’s called Karma, and it caught up with this bad guy a lot quicker than it usually does.