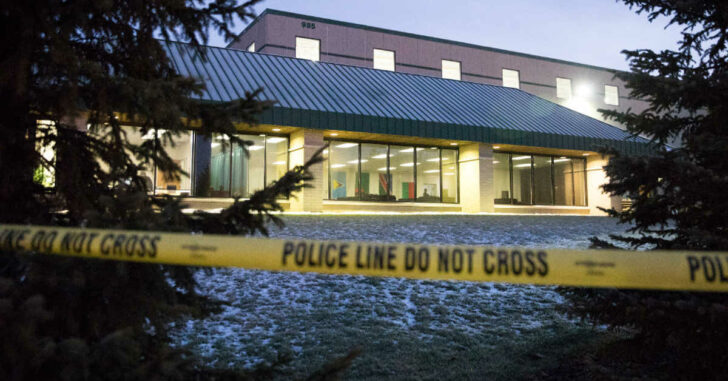 EAGAN, MINNESOTA — ‘Twas a few weeks before Christmas and a lone security guard was watching over a plant dedicated to packaging Christmas boxes for underprivileged children. A bad guy arrived just a bit after midnight and approached the security guard. He assaulted him and allegedly had a gun. Thankfully, the security guard was able to save himself and Christmas for thousands of children enrolled in the Operation Christmas Child program. He shot the Grinch.

When police arrived, they found a man dead from apparent gunshot wounds. The security guard protects the facility that operates for Samaritan’s Purse International Relief as a processing center, according to the Star Tribune.

The man undoubtedly wanted access to the countless thousands of toys inside. That’s a quick way to get on St. Nicholas’ naughty list. Unfortunately for him, a security guard was intent on protecting his own life first.

“At this point it appears the security officer was acting in self-defense,” said police spokesman Aaron Machtemes.

The security guard managed to make it out of that fight with only minor superficial injuries. If he had resisted any further and hadn’t been armed, he likely would have been killed. Robbing a processing plant is a bit bigger of a heist than one man can do with eyewitnesses.

Security guards have to deal with the weirdest situations. Tasked with guarding large facilities, public places, and targets of opportunity, their chances of running into criminal mischief are raised to a considerable degree because of where their profession places them. That’s why it’s important that they’re armed.

Hand-to-hand combat with a man who has a gun is a fool’s endeavor. Done out of desperation by some, no doubt, but not the preferred method. To get out of that situation with your life intact, a gun may very well be a necessity.

Besides the fact this security officer was able to preserve his own life (the top priority), he also ensured that all the children that are set to receive Christmas presents through Operation Christmas Child will do so. That’s a pretty good job, sir.