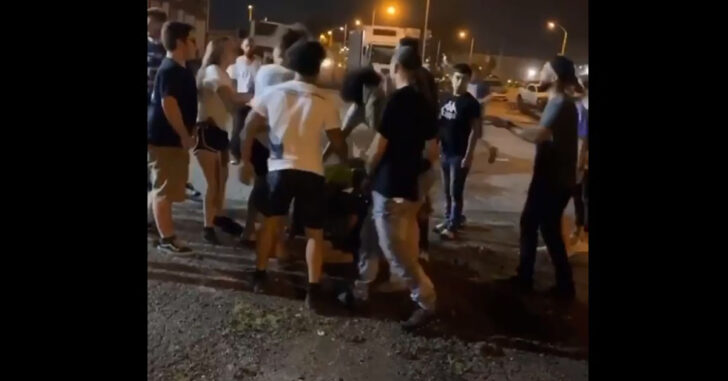 Street racing problems have been a theme for whatever reason over the past few weeks, with a few people dead and a lot of trouble for police. While illegal street racing isn’t new, it’s important to remember something that’s crucial to your survival: Don’t hang with stupid people doing illegal things.

Did you watch until the end? A man who, during the video was not fighting and trying to break things up, pulls out a gun and fires a shot into the air after a few seconds. It got people to scatter, but let’s talk about the real topic here.

We don’t know if this person was in legal possession of the firearm, but he was in a place with stupid people, doing illegal things. That’s not a good location for a law-abiding citizen, especially if you’re carrying a firearm.

The end result of this incident is unknown, and while street racing will continue to be a thing,

Just a few weeks ago, another Philly incident happened involving street racing, and it ended with two people shot after someone opened fire on the crowd.

And around that same time on the other side of the Country, a 17-year-old girl who was watching a street race was shot and killed during an argument between two other people who happened to be close by.

I’m not sure what it takes to get these people to stop being so careless, but it’s a part of life for many young adults who grow up in certain areas.

Are these shootings and deaths just necessary casualties for them? Are bad actors coming to the scene and causing trouble, or are they a part of the scene?

We may never know, but we do know what types of things to stay away from.

Previous article: Attempted Murderer Released Without Bail In NY, Goes On To Shoot 3 More People Next article: Accuser Killed By Rape Suspect After He's Released From Jail Due To Pandemic