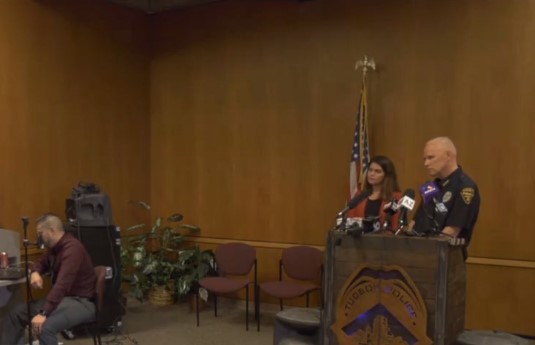 TUCSON, ARIZONA — At least 1 person has been killed and 4 others injured after being shot by a suspect who was apparently targeting first responders in relation to a house fire. The unidentified 35-year-old suspect was shot by police after he allegedly rammed a police car and opened fire on the officers. He is currently in critical condition.

It all began with an attack on an ambulance crew.

The man allegedly shot the 20-year-old male EMT driver in the head and struck the 21-year old female passenger in the chest and arm, according to USA Today. Both were hospitalized, the driver in critical condition and the passenger is in stable condition.

That ambulance was responding to a call at a park when it was attacked.

A police spokesperson said the suspect flagged down the ambulance crew and pointed in the direction of the house fire, and then opened fire on them.

After that attack, the suspect apparently drove to the scene of a house fire that was occurring roughly a mile away. Once there, he allegedly opened fire on firefighters and neighbors, all who were trying to put the fire out.

One person was killed in the house fire, and a number of children were originally unaccounted for, but later found by first responders safe.

It is not known if the suspect has any ties to the house fire.

The investigation is ongoing, and it isn’t clear what led the suspect to do what he did.

The question has come up a lot; should first responders such as ambulance crew and firefighters be allowed to carry firearms while working? Some localities have opted to allow such carry, while others shut it down completely.

Previous article: Amazing Video Shows Officer Shoot Active Shooter From A Great Distance Next article: Not Why We Carry: Armed Citizen Finds Himself In Gun Fight While Trying To Save A Vehicle From Theft