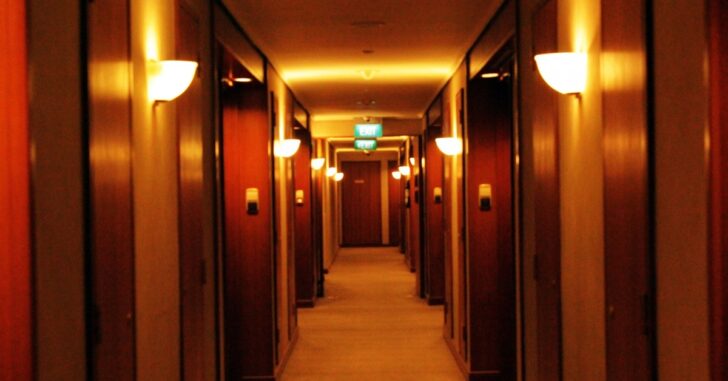 COLUMBUS, OH — When a woman’s live-in — now former — boyfriend decided to attempt to use a gun to strike her in the head, she showed him how firearms are actually supposed to be used.

They’re supposed to be used in self-defense, to eliminate the threat, by going bang or simply as a deterrent.

As the Herald-Whig reports:

Police say a woman whose live-in boyfriend struck her in the head with a gun at an Ohio hotel fatally shot him when she got control of the weapon. Columbus police have identified the man killed Thursday night at In-Towne Suites Extended Stay Hotel as 29-year-old Porfilio Salvador Hernandez.

Homicide detectives say no charges will be filed for now against 27-year-old Raven Lynn Torres for a shooting that they say appears to be self-defense. Detectives say officers found Hernandez in a hotel hallway after Torres got control of the gun and shot him. Hernandez was pronounced dead at the scene.

There is so much odd about this situation, it’s almost hard to wrap one’s head around it — but let’s give it a try.

First, the boyfriend is beating his significant other. We’re already in the worst of the worst here, but let’s keep going.

The boyfriend wants to either scare Torres or unleash some blunt-force trauma against her. To do so, Hernandez uses a firearm in the dumbest conceivable way. He flails it around.

Pistol-whipping is not unheard of, but doing so is rarely smart, and Hernandez apparently did so so poorly that his intended victim was able to get her hands on the firearm.

Terrible for the bad guy, great for the good gal.

Although some might argue that Torres was over the line in shooting a man who was then unarmed, I would have to agree with authorities here — she was well in the right.

Her fight for her life hadn’t ended. A pistol-whip can absolutely be fatal.

Score one for the good guys.

Previous article: [READER QUESTION] Carrying Concealed During Car Accident -- What To Do? Next article: Man Shot In Neck After Kicking In Door Of Ex-Girlfriend