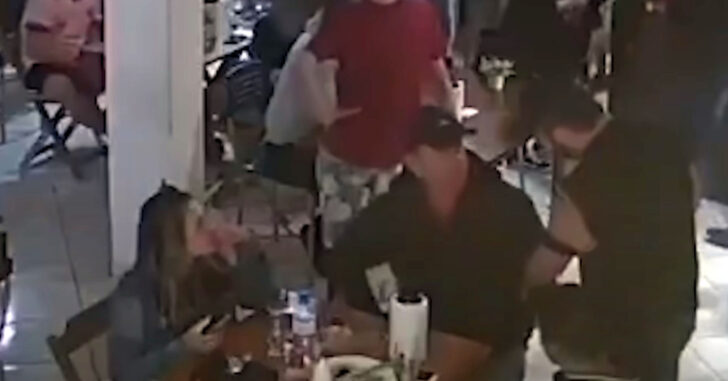 Something led up to an argument between two people at a restaurant, and one of them takes no second thought with pulling a gun and shooting the other man in the head.

As the murderer walks away, an off-duty cop is seen drawing his firearm and trying to get the suspect into custody, but things quickly turn south for the officer.

Both the initial victim and officer were killed during this incident, and while the suspect was shot, he survived his injuries. The officer, after being shot and laying on the ground, doesn’t leave the fight and ends up putting shots on target.

If at all possible, whenever possible, you should be choosing to avoid and/or deescalate any situation that is getting out of control. You don’t know what the other person is capable of, especially a stranger. Don’t assume that you know how they’ll be have, because they could be just like the suspect in the above video, who has absolutely no problem killing someone in the middle of a crowded restaurant.

Previous article: Man Shot By Occupants After He Shoots Into Their Home, Dispute Went On Throughout The Day Next article: Father Takes 10-Year-Old Son For Ride So He Can Shoot His Paintball Gun Out The Window. A Homeowner Fired Back With A Real Gun, Hitting The Child.