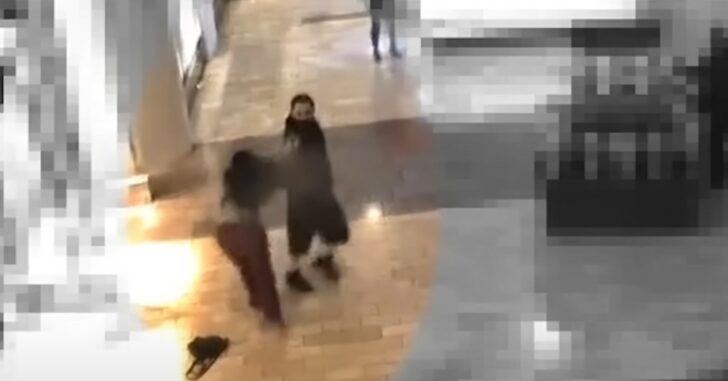 The armed man in the video below wasn’t legally carrying the firearm he was carrying, and he was late to the game even if he was attempting to defend himself.

When you watch the video, you wouldn’t necessarily notice that within seconds, a total of 15 shots were fired by this man, which means his handgun had a ‘giggle switch’, which allows the handgun to fire in full-auto.

I’m not going to pick this one apart completely, but the biggest point in my opinion is the fact that this man pulled the trigger when his girlfriend was literally right next to him, way too close. And he’s firing at fleeing suspects. And at this point it’s just because he’s angry. And multiple innocent bystanders were in the area.

Previous article: Veterans Tackle Man With Box Cutter On Frontier Flight, On Veterans Day Next article: Suspect Talks With And Then Fires On Officers, Leading To Violent Arrest