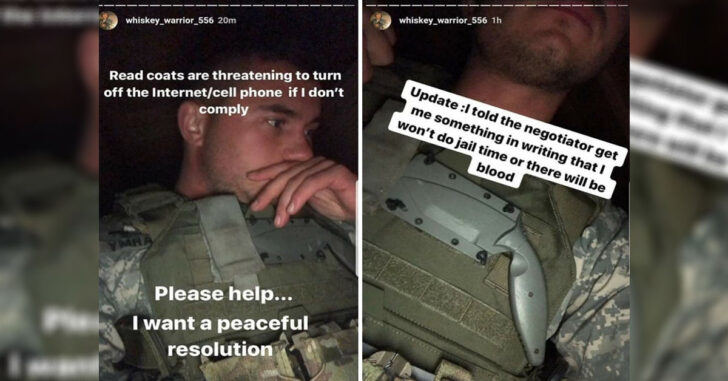 Update 4 @ 10:30am EST: The Putnam County Sheriff’s Office has removed the post below, and we did not take a screenshot of this prior to the content being removed.

However today, twice, they posted in regards to their systems being overwhelmed by phone calls and messages, urging the public to stop contacting them. They are also calling the event a domestic violence issue, having nothing to do with firearms or red flag laws.

Update 3: The Sheriff’s office has released a statement regarding the incident. That statement can be viewed below, or by clicking here.

According to their release, no firearms or magazines were found at the home.

Update 2: Multiple sources confirm that the standoff has ended peacefully, and the man will not be facing any charges as a result of the standoff.

Update: A live video feed is giving some useful information, and it seems that the standoff is still ongoing.

Right now, a tense situation is playing out in New York State where a Veteran has had police called on him, under the state’s Red Flag Laws, for possession of 30 round magazines.

The instagramer, @whiskey_warrior_556 , has been sharing the ordeal on his Instagram story.

According to someone who spoke with @whiskey_warrior_556 , the person who called police told them that he suffers from PTSD and he would “shoot out with them”.

His last update was 3 hours ago, and we will be watching this closely.