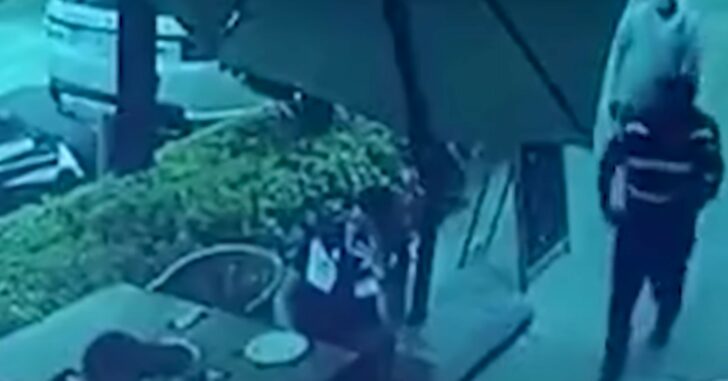 The element of surprise is one that concealed carriers hold close. Literally. It’s always refreshing to see an intended victim being able to defend his or herself against an attacker, and that’s what we see in the video below.

The intended victim, at the start of the robbery, seems to pretend to reach back for his wallet. Instead, he produces a firearm and shoots the robber at close range, sending both suspects running for their lives.

The first suspect was shot twice and went to a hospital for treatment, only to be picked up by police shortly after. The other suspect is still being sought.

The armed man and woman that was with him were not harmed.