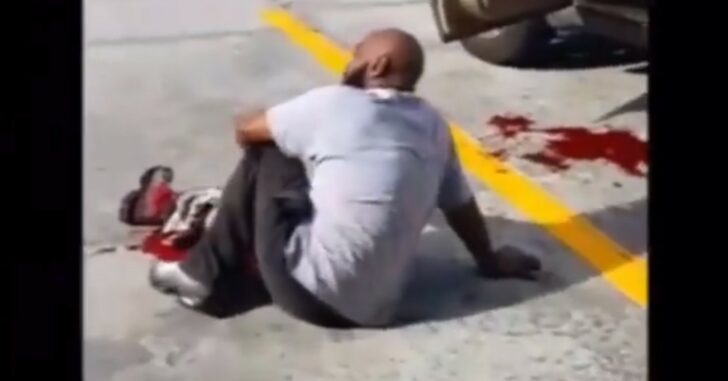 JACKSONVILLE, FLORIDA — A man armed with a knife allegedly tried to rob a Metro PCS store Wednesday, but the man behind the counter that he was trying to rob had a concealed handgun.

I was first alerted to this story via an uploaded Facebook video that shows the suspect bleeding pretty badly in the parking lot. That video can be viewed on Facebook here. The video has been viewed 75,000 times as of Saturday afternoon.

Lt. Dash said it happened around 5:30 p.m. at the location on Sunbeam Road in between Hood Road South and Philips Highway. During the attempted robbery, investigators said the would-be robber, a man, was shot twice and ran from the store.

The concealed carrier continued to hold the man at gunpoint until police arrived. A small crowd gathered around the suspect, and they were telling him to put pressure on the wound. He responded that he couldn’t, and he can be seen making several attempts to tighten a makeshift tourniquet around his leg.

The suspect was taken to the hospital, but his condition is not known.

Previous article: How To Prepare For A Red Flag Order At Your House Next article: Man Negligently Shoots Himself in the Penis With a Hi-Point, Because Of Course He Does