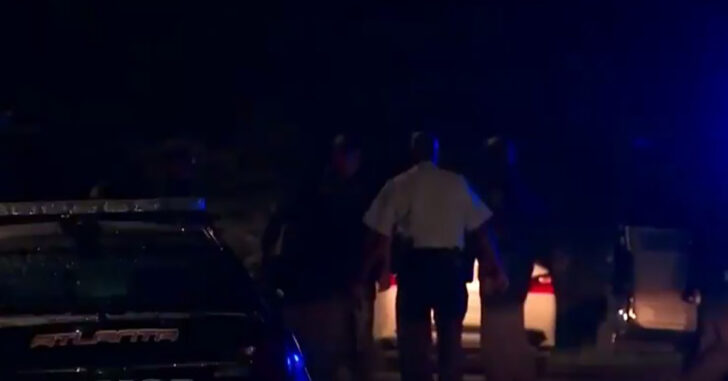 ATLANTA, GEORGIA — First dates are sometimes special, and sometimes they can be somewhat of a nightmare. And sometimes, apparently, they can lead to you needing your gun to defend yourself.

A man named Tikoyo Lamonz Reeves had met a woman on a dating website, and the two agreed to meet up. Reeves invited her over and when she showed up, she had another woman with her.

Reeves let both women in the house.

“Shortly after the women arrived, a man armed with a rifle snuck inside,” Police Captain F. Turner said. “He was startled by the homeowner’s dog and that’s when the homeowner grabbed his gun and the two started shooting.”

The two women and the armed man took off shortly after, but not before Reeves was shot in the leg. “The victim told us he believes one of the women may have also been hit by a bullet,” Captain Turner said.

Reeves was taken to the hospital for treatment and was in stable condition.

In the technology age where online dating is a very popular way to meet people, it’s always best to meet the first few times in a public place. Inviting a stranger into your home can be a recipe for disaster, just as Reeves found out.

Police are still searching for the suspects.

Previous article: Should You Carry Your Firearm While At Home? Here Are 4 Reasons Why We Say Yes Next article: Argument Leads To Guy Firing Gun In The Middle Of Busy Club [VIDEO]