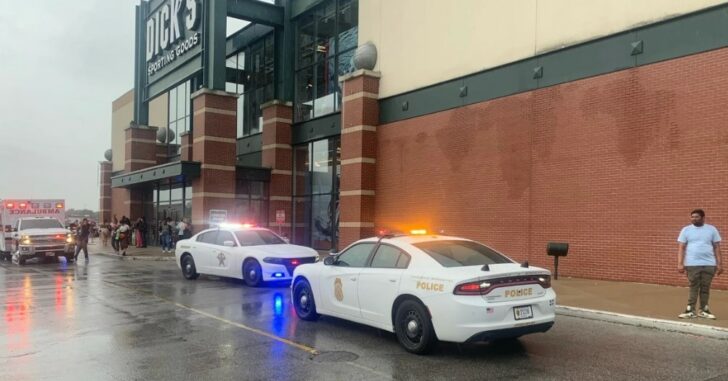 During a press conference, Greenwood Police Department Chief Jim Ison stated that a 22-year-old, legally armed with a handgun, observed and then shot and killed the suspect. The 22-year-old was not identified, but is from Bartholomew County, roughly 35 miles from the mall.

Here is a live video feed from the scene:

GREENWOOD, INDIANA — An armed citizen shot and killed a suspected mass shooter in the food court area of Greenwood Park mall. The suspect walked into the food court with a rifle and several magazines and opened fire, according to witnesses.

BREAKING: Indiana police say a mass shooter who opened fire inside the food court of the Greenwood Park Mall was taken down by a Good Samaritan armed with a handgun. Your Second Amendment at work.

The suspect has only been identified as a male.

The armed citizen has not been identified.

Just days ago on July 1st of this year, constitutional carry laws went into effect in Indiana. This allows citizens, under certain criteria, to carry a concealed handgun without a permit.