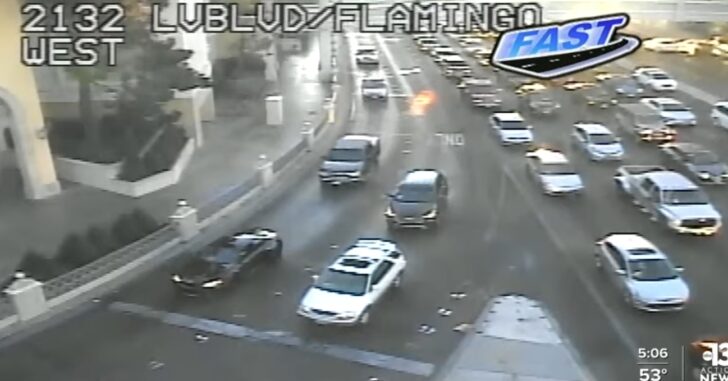 LAS VVEGAS, NEVADA — A man is dead after being punched a sinlge time on the strip. The incident happened early Sunday morning and was a case of wrong place, wrong time.

A man and a woman were walking down the strip when trouble cam looking for them.

One of the men, identified as 33-year-old Brandon Leath, made a comment about [the victims] walking through the group, according to the report.

Seconds later, Leath ran toward [the victims] and ran down the stairs as the two took an escalator down.

Leath then waited for [the victims] at the bottom of the escalator on the Bally’s side of Flamingo Road.

Police sent officers to the scene immediately, as they were watching live CCTV of the incident.

Leath was found and arrested on murder charges.

The victim did not survive his injuries.

It’s uncommon, but not impossible, for a sine punch to end a life. We’ve seen it here on many occasions, and unless you want to be the next occasion where this happens, it’s advised to get trained in sf self defense. Carrying a firearm, as well as a less lethal device, can change the outcome in your favor.

Previous article: Firefighter Shot By Gun That Cooked Off During Blaze, Firing Multiple Shots Next article: School Shooting Leaves One 15-Year-Old In Serious Condition And Another In Custody