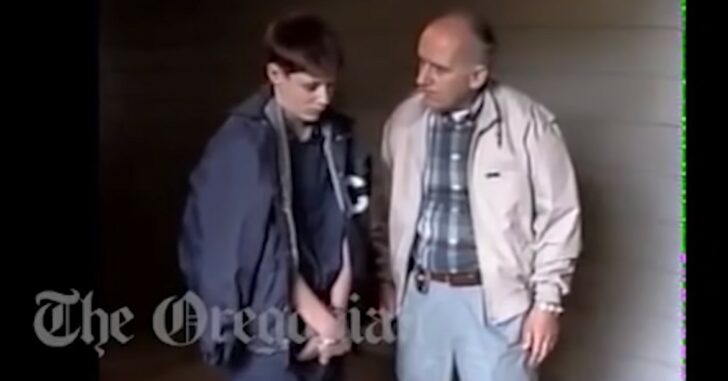 School shootings began for me in 1999 with the events that unfolded at Columbine. Being in high school at the time myself, it’s all everyone was talking about. It was all over the news, and all throughout the halls of the school. Rumors started spreading about possible shootings at our own school, and who would likely be the one(s) to carry them out. And I’m sure that students in bad mental states at the time, at least had the thought. “I could create the next school shooting.”

Luckily, it didn’t happen at our school, but it did at others. Before the Columbine massacre, there were other school shootings, but they haven’t stuck in our minds, mainly because the media wasn’t as easily accessible as it is today.

In the spring of 1998, Kipland Kinkel was a 15-year-old who was caught with a gun at Thurston High School in Springfield, Oregon. Facing expulsion, he did the unthinkable. The following day, he murdered his parents at their home, shooting them both in the back of the head. The next morning, he went to school armed with multiple knives and firearms, bent on causing as much destruction as he could.

After his rampage, two students lost their lives and 25 others were wounded. The rampage stopped after a group of students managed to overpower him until he could be taken into custody.

Now, a 38-year-old likely to spend the rest of his life in prison, he opens up about his feelings of “tremendous, tremendous shame and guilt.”

He suffered, or still suffers, from paranoid schizophrenia, which wasn’t diagnosed at the time of the crimes. He told police that he heard voices since he was 12 years old, and eventually those voices told him to kill. He believed that China was going to invade the US, and that the government, along with Walt Disney, had implanted microchips in his head.

His break of silence is because he’s attempting change in the system.

He said he felt guilty not just for what he did as a 15-year-old suffering from then-undiagnosed paranoid schizophrenia, but the effect his crime has had on other juvenile offenders sentenced to life terms: His case has been held up by some of his victims and by others as a reason to oppose juvenile justice reform in the state.

While he has not previously given interviews because he did not want to further traumatize his victims, he said, he also began to feel that his silence was preventing those offenders from getting a second chance.

This article isn’t to discuss his motives for talking about what happened. Rather, it’s to discuss his remorse for what he did and his thoughts that his actions inspired others to follow in his murderous footsteps.

It’s also to discuss mental illness, which is a plague on the world that still has so much to be discovered and understood.

The video above was taken just hours after the shooting, and shows police on a walk-through with Kinkel at the school, so that they could get explanations from him as to what happened and what was going through his mind.

I’m not a psychologist and don’t pretend to be, but Kinkel seems remorseful even hours after what happened. Or maybe not. Maybe he’s ashamed, shy, in shock, mad that he was caught, mad that he didn’t kill himself. All or none of these, it doesn’t necessarily matter; how do we see these things coming before they happen?

We can be pretty sure that Kinkel is presently remorseful for his actions, who now understands his mental illness and what it means. I’m not defending his actions, of course, but we can’t pretend to understand what a 15-year-old with paranoid schizophrenia is going through in that moment.

One thing that Kinkel has mentioned was his remorse for the Columbine massacre that happened just 11 months after the incident he created. He felt responsible for Columbine, as an influence to the two teens who carried out the attack. I searched for a connection between the two, and Kinkel’s name never came up to support his remorseful feelings. I wouldn’t be surprised if it were true, however. We know that copycat killers are a thing, and it’s been apparent for decades in the world of mass shootings.

Suspects behind mass shootings have said that they wanted to create the most destruction, by way of the highest body count. It’s almost a game to some of them, detaching from reality and how people are supposed to act. And not act. Many want fame, and want to become a household name. For example, while not name-specific, you can’t say the word ‘Columbine’ without most people knowing exactly what you’re talking about.

But the media. We’re drawn to it as humans. These stories of dozens shot and killed in a place that’s supposed to be safe. It doesn’t make sense, we can’t comprehend it, and we want to understand. We’ll watch the same stories over and over, still trying to figure it all out.

By doing this, we feed the media and their pockets get heavier with money, and we feed the suspects whether they’re alive or dead. Worst of all, we feed the mass shooters of tomorrow, because they see the exposure that they’re sure to get if they rack up a high number of victims.

The real question for me is this: Is Kinkel’s situation different from a modern-day mass killer? Meaning, does it take a less-severe mental illness state to push someone over the edge now? Media is everywhere, more accessible, and the rise to ‘fame’ is easier to achieve. But, we’re talking about two different things altogether. Kinkel wasn’t looking for fame; he was doing what the voices told him to do. In contrast, take a look at the suspect responsible for the school shooting at Parkland High School in Florida. We can assume that he suffers from mental illness, but he wanted fame. He wanted to be known. He said so himself on video prior to the shooting.

These are two different people with different motives.

If only the mass shooters of tomorrow would realize today that they’ll one day feel remorseful for their upcoming actions, and the true toll of what they’re wanting to do. That is, unless they don’t plan to survive the incident.

It all comes back to; How do we prevent these things from happening? The sad truth is that it’s impossible to stop them all. What we can do is understand and research mental illness much more than we currently are, and we can take steps to secure vulnerable areas.

By vulnerable areas, I mean everywhere. And that takes an entire Country.

Previous article: LOL: Suspect Tries Carjacking Detective Who Happened To Be Looking For A Carjacker Next article: Think You Have Time? Watch How Quickly These Armed Suspects Advance On Victims.