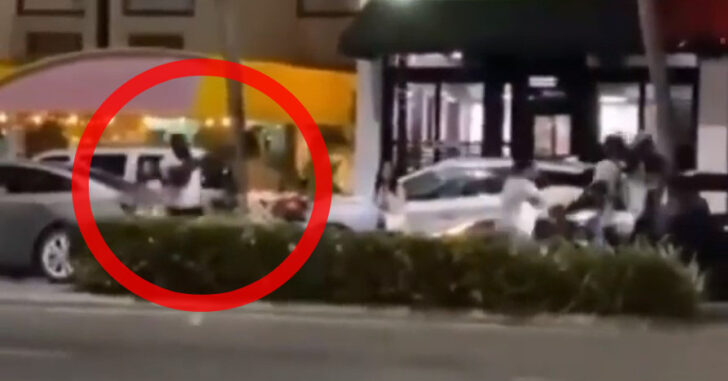 A man opened fire on a crowd of people in South Beach Miami after an altercation. A man in a white shirt is seen aggressively walking towards another man, who unknown to him at the time, was carrying a rifle.

Shots were fired shortly after.

According to news sources, three people were injured in the shooting.

One man is in stable condition and the other is listed in critical condition at Jackson Memorial Hospital, according to Ernesto Rodriguez, spokesman for the Miami Beach Police Department.

Most of us wouldn’t be in a confrontation such as this, but regardless, it’s wise to walk away when trouble is around us. That goes for direct and indirect trouble, as both could come to harm us.

Previous article: Family Dollar Employee Pistol-Whips Customer For Not Wearing Mask Next article: Concealed Carrier Gets Beat-Down As He Walks Down Street, Pulls His Gun And Shoots The Attacker