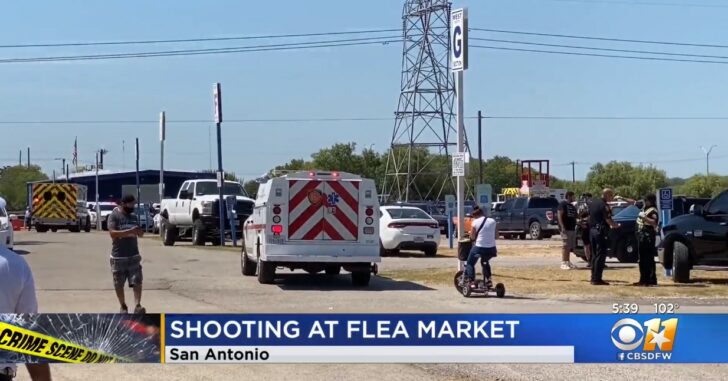 SAN ANTONIO, TEXAS — A shooting with possibly multiple suspects happened at the Mission Open Air Market at around 11:30 a.m. local time. At least 5 people were shot and police say over 100 rounds were fired.

The shooting is believed to have stemmed from an argument between vendors and customers.

“This is the result of some type of argument/ I don’t know if the argument was between gang members or just people who knew each other or didn’t know each other,” San Antonio Police Chief William McManus said.

The people who were shot were not considered ‘innocent bystanders’, meaning they had a hand in the chaos that ensued.

It is unclear who was injured, or if anyone has been taken into custody.

Previous article: Kids Robbed At Gunpoint At Their Lemonade Stand, Police Respond With Amazing Gesture Next article: [GRAPHIC WARNING] Portland Driver Crashes During Unprovoked Attack By Mob, Is Then Beaten And Kicked Unconscious