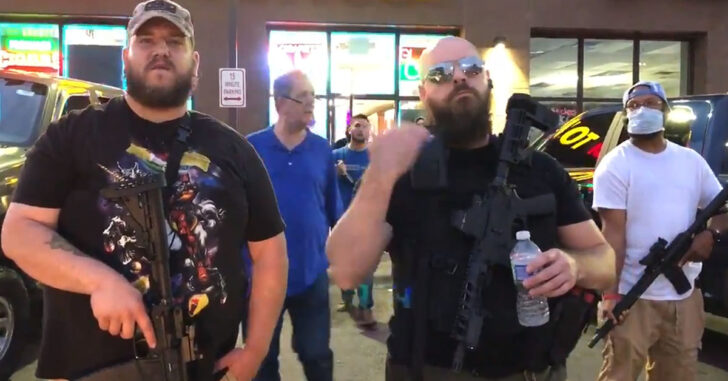 A heated debate went down on our Facebook page last night after we posted a few live streams from Minneapolis that showed fires, looting, destruction and more. A commenter asked why we didn’t cover the death of George Floyd but covered the riots.

Then, this morning, we come across these guys:

WATCH: Armed citizens are attempting to stop looters in Minneapolis

“Before there were cops, there were just Americans. So, here we are.”

“Justice for Floyd but we don’t support looting…”@maxnesterak

And that’s exactly it. While the initial incident of Floyd’s death had nothing to do with firearms, the preceding riots do.

Here’s an over 3-hour-long video showing the chaos last night. Just skipping through will let anyone know how destructive things were.

But the tobacco shop. It’s likely still intact. Why? Because armed citizens are standing guard.

And just to be clear, the officers involved in Floyd’s death murder should absolutely be held accountable. There is no excuse as to why Floyd is no longer alive.

Destroying a city, however, is not the way to accomplish any goals relating to a person’s unjust death. Many businesses are suffering after being destroyed, millions of dollars in damages have occurred, and a lot of people now have new flat screen TVs at no charge.

If I lived in Minneapolis, my guns would be closer than ever.