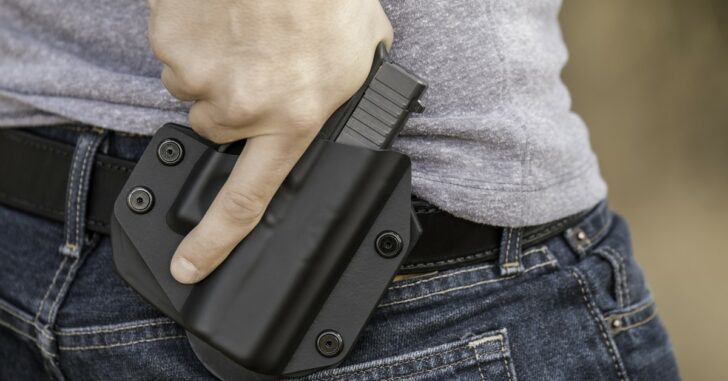 The firearm is, of course, the primary weapon that civilians and police officers alike rely on for personal protection in the United States. Yet, despite being the world’s foremost gun culture, the general populace has little understanding of this weapon’s role in self-defense and lethal force in general. Therefore, this lack of understanding often fuels the discussions that follow in the wake of a law enforcement shooting, and sometimes in the wake of a civilian self-defense shooting.

I don’t intend for this to be a political discussion. There are many incidents that have happened, particularly in law enforcement, that have been unjustified, but there has been many, likewise, that were completely justified despite the initial impressions of what happened. This general misunderstanding of lethal force principles fuels the initial reaction of many and can cloud the subject. Here I offer some clarification on questions that I myself have been asked repeatedly by those who wonder why certain things happen but legitimately don’t understand the dynamics of such lethal force encounters. Here I offer some clarification on some of the most prevalent misunderstandings we find among the public.

Why Did They Shoot so Many Times!!!?

This one usually follows a law enforcement incident although it occasionally happens in the wake of civilian self-defense as well. After a shooting we often find out that the suspect was shot multiple times, sometimes many times. So I have heard on many occasions “why did they have to shoot x amount of times?” Granted, there have been cases of excessive force used, but most often this question is raised because people who are unfamiliar with defensive shooting are ignorant of the actual effectiveness of the weapon. This is mainly due to Hollywood mythology. In any given action movie a single shot fired from a handgun sends the opponent flying backwards through the air and through a plate glass window. This, in reality, is hardly the case. The most common reaction to handgun fire is no reaction at all. Literally.

The reality is also that the primary mechanisms by which bullet wounds stop a threat are either through a nervous system shutdown which requires a direct brain or spinal hit (both are comparatively rare in actual shootings) or through exsanguination (loss of blood pressure though traumatic bleeding) which takes time. A person who has sustained a wound that is not survivable because it has ruptured a major artery in the body can still be an active threat as long as there is enough blood pressure and oxygen left in the brain.

Even if only still ambulatory for seconds, a violent and armed adversary can do unspeakable damage within that time. For this reason anyone trained in modern defensive shooting, civilians and law enforcement officers alike, are trained to shoot the threat to the ground, and even at that point keep shooting if necessary if the threat still poses a danger from the ground. There have been many incidents in which violent criminal actors have required ten, twelve, or more shots to render neutralized. This is the unpleasant reality that must be understood.

Why Didn’t They Just Shoot Him in the Leg!

This one is, again, the product of absolute misunderstanding among the general populace concerning the realities and dynamics of defensive shooting. First of all, for civilians and law enforcement alike, the only justification to shoot somebody is to protect yourself or another innocent party from the threat of imminent death or grave bodily harm. Once such a decision is made then it is reasonably understood that only a lethal force response can resolve the problem. Therefore, the standard attack as is typically taught is directed at the attacker’s high center chest as this is the body area most likely to provide a fast neutralization. The head is also a target but usually serves as a secondary attack if the chest attack fails because the head is smaller and faster in movement, although the head is sometimes initially attacked depending on the circumstances. However, shooting body parts with the intention only to wound is not acceptable legally and it is a poor tactic.

There is a second major reason for not shooting people in the leg: the leg contains the Femoral artery, which, if completely severed, can cause death through traumatic blood loss within a single minute. The idea that “shoot him in the leg” would serve only to immobilize a threat is absolutely absurd and a severed artery in the leg is just as potentially lethal as a severed artery in the chest. A wound in the leg can easily become an instant death sentence and far from being a “minor wound” it is one of the most lethal possible places to sustain injury. There is no such thing as “shoot to wound” in the law enforcement world or in civilian self-defense.

He Only Had a Knife, Why Did They Shoot!

This is yet another question raised through ignorance of fighting dynamics, as well as ignorance of the law. The edged weapon is considered under law a lethal weapon no different than a firearm. A common implement such as a baseball bat or hammer, if being used in a violent manner, is also considered a lethal weapon, no different than a firearm. In the mind of the general populace there is a “hierarchy of lethality” which sees the gun as the most lethal of weapons with all else being a distant second. In the mind of those that are trained, as well as in the eyes of the law, there is no difference. An edged weapon such as the mundane pocket knife can become a weapon capable of inflicting devastating wounds and causing death through blood loss very rapidly. A police officer or an armed civilian who faces an adversary with a knife within a common room’s distance has no requirement to view the weapon differently than a firearm.

In the 1980s a firearms trainer named Dennis Tueller tested and wrote about the fact that an average man (not an exceptional athlete) can, from a starting position of standing still, cover a distance of 21 feet in 1.5 seconds and stab his target. This time frame is of note because it takes the average police officer 1.5 seconds to draw and fire a single round at a man sized target 21 feet away. The reality is, an adversary who is even beyond this distance is extremely deadly and can potentially make contact with the defender before he can be brought down by gunfire. The “hierarchy of lethality” is a myth that clouds the judgement of the public and the edged weapon is every bit as lethal a threat as a firearm.

He Was Unarmed, Why Did They Shoot!

This analysis is one of the most difficult to understand for many as weapons and combative training among the general public is limited. However, there are many instances in which the use of lethal force is justified against an unarmed opponent. This is usually due to a legal concept called “disparity of force.” Essentially, an opponent that is stronger, larger, or simply in a dominant position (such as on top of a downed victim slamming the victim’s head into the pavement) is recognized as posing an imminent threat to the defender. The most obvious situation of this is male-on-female violence. Generally, women are not expected to face a violent attack from a man and they are usually justified in a lethal force response even if the male attacker is unarmed. A male victim also may face disparity of force if the attacker is capable of overpowering him. Also remember this: if a police officer or armed citizen gets into an altercation there is at least one gun present; the one on their own body. What begins as a fist fight can become a struggle over a gun or another weapon.

He Only Had a Toy Gun/A Pipe/A Whatever/ in His Hand, Why Did They Shoot!

This one has come up quite a bit. There was one tragic incident not long prior to this writing in which a man who kept acting hostile despite the commands of police drew a pipe from his pocket and pointed it at the officers while assuming a shooting stance. The argument was made “it was only a pipe, why did they shoot.” The shot because had they taken the time to determine it was a pipe the officer would be shot if it had been a real gun. This is not unique to law enforcement, there have been cases in which civilians have killed a hostile who turned out to not actually be armed. The problem here is the fact that most people do not get the concept that action beats reaction. A human cannot actually visually identify the object in hand fast enough to react before getting shot if the object being quickly produced by an adversary is indeed a weapon. In such circumstances the events leading up to the defensive shooting must be analyzed. Does an officer have the right to shoot someone who is non-compliant, acting aggressive and threatening, then quickly draws an object from their pocket and points it at the officer? The officer has every right to use lethal force under such circumstances.

The same principle applies to toy guns. Unfortunately there have been some horrible incidents involving this, but pointing a realistic looking toy gun at a police officer or an armed citizen during a conflict is a good way to get killed. A civilian defender or law enforcement officer is not obligated to actually wait and see if the gun actually fires. Failure to drop a gun, even if it is not real, or the act of threatening someone with the fake gun will result in a lethal response that is going to be justified under most circumstances if the perpetrator is acting in a threatening manner.

I hope these principles explained here shed some light on the actual dynamics of lethal encounters. Knowing this information can help in your assessment of things that happen, as well as your ability to clarify these issues for others. Facts have to be known before jumping to conclusions and the principles addressed here will help you evaluate the facts.

Previous article: Drop Your Ego, because you're Discouraging Beginners from Asking Questions Next article: Man Breaks Into Home, Screams, Then Shot By Occupant... And That Was Only The Second Home He Broke Into That Night