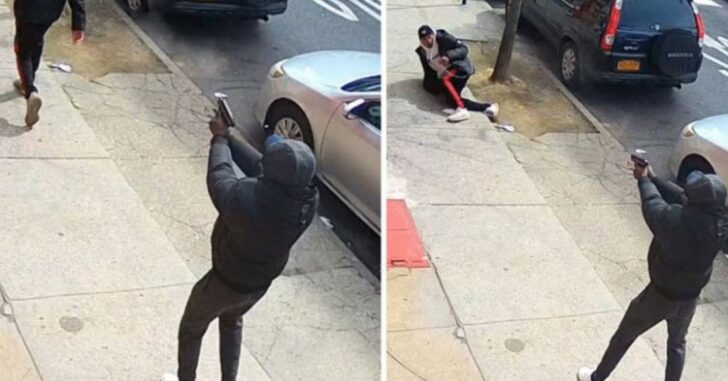 Remember when New York State Democrats said that their new “no cash bail” law would not apply to violent crimes? Someone in the city’s creaking criminal justice system didn’t get the memo. Feds say New York City gang banger Darrius Sutton, 23, committed three more shootings…after he’d been released without bail on charges of attempted murder with a firearm in an earlier case.

Indeed, both Democrats and the mainstream media assured New Yorkers that the new, radical plan to eliminate bail for most crimes would not apply to violent crimes. Here’s a random report of 8.9M Google returns for “New York no cash bail law won’t apply to violent criminals” – this one from Spectrum Local News in Central NY:

Starting in January, judges across New York will have less discretion when a defendant first appears. There’s no more cash bail for most misdemeanor and nonviolent felony arrests.

Supporters of the bail law say critics are being alarmist: Judges will still be able to set bail for almost all violent felonies, they point out, and the old law unfairly discriminated against the poor.

On Wednesday, New York joined a growing number of states that have restricted the money bail system to limit the number of people who are in jail solely because they can’t afford to pay their way out. While not as sweeping as some other states’ reforms, the new law automatically releases people charged with most misdemeanors and nonviolent felonies without making them post cash bail.

Prior to the passage of the law, low-level defendants were routinely held in jail simply because they could not afford bail, not because their release posed a risk to society. This reflexive use of money bail tore families apart, ruined lives, wasted millions of taxpayer dollars, and ultimately made New Yorkers less safe…

Any reform that means locking fewer people up inevitably inspires a punitive backlash and concerns about public safety. But the bail reform law may actually make New York safer.

Despite video of gangster Darrius Sutton shooting another man, prosecutors chose to release him without bond despite a charge of attempted murder. So what did Mr. Sutton do from there?

Another bang up job by @BrooklynDA . These Dems complain when the feds come in & actually put away these criminals.

An alleged gang member in New York City was involved in three drive-by shootings just weeks after he was released without bail following an attempted murder arrest, according to reports.

Darrius Sutton, 23, was previously nabbed in connection with a shooting on May 16 in Brooklyn’s East New York, where Justice Department officials said he shot and seriously injured a man, according to the New York Daily News. He was reportedly charged with attempted murder, assault with intent to cause injury and criminal possession of a weapon…

Since his release, the alleged Bloods gang member committed three drive-by shootings in the month of July alone, federal prosecutors said, according to the report.

The feds have had enough of New York City’s bungling prosecutors. They’ve taken custody of Mr. Darrius and they won’t be releasing him without bond.

Court papers show Sutton was previously convicted on March 9, 2015, for assault with intent to cause bodily injury. He was sentenced to two years in prison.

Sutton was arrested by federal law enforcement on July 29 and charged for possessing a weapon despite being a felon, according to multiple reports. He is being held at a federal jail in Brooklyn New York and faces up to a decade behind bars.

Americans have seen the results of social justice-based prosecutors and defunded law enforcement. And they’re voting with their wallets at gun stores all across the country.

The more the general public sees how these radical “soft on crime” prosecutors utterly fail to deter violent crime or prosecute criminals, the more chance it will lead to vigilante justice on the streets.

Previous article: BREAKING: New York Attorney General Moves To Dissolve The NRA Next article: Fight Breaks Out At Street Race In Philly Until Someone Pulls A Gun